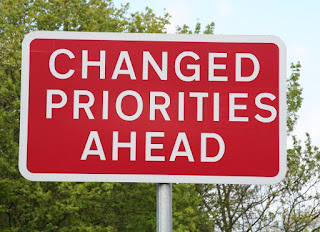 Well, Official Washington is finally back at work after the holidays. Hillary is scheduled to testify before the House Foreign Affairs Committee next week, and we may expect her to update them on how she is carrying out the recommendations of last month's Benghazi Accountability Review Board report. In her cover letter transmitting the ARB report to Congress she had stated her intention to have every recommendation well on its way toward implementation "by the time the next Secretary of State takes office," and that time will be real soon now.

So, how is that effort going? "Going forward" was the phrase we heard over and over at last month's hearings. Will embassy security get better "going forward" after Benghazi? Will any real improvements come out of that disaster?

It's all about risk management. Both the Accountability Review Board and the SecState talk a good game about managing risk. From the ARB report:

No diplomatic presence is without risk ... the total elimination of risk is a non-starter for U.S. diplomacy given the need for the U.S. government to be present in places where stability and security are often most profoundly lacking and host government support is sometimes minimal to non-existent ... American diplomats and security professionals, like their military colleagues, serve the nation in an inherently risky profession ... [The] Department should urgently review the proper balance between acceptable risk and expected outcomes in high risk, high threat areas ... [and adopt] an explicit acceptance of those costs and risks that cannot be mitigated.


From Hillary's letter to Congress:

Our diplomats cannot work in bunkers and do their jobs ... we must accept a level of risk to protect this country we love and to advance our interest and values around the world.


All of that is undoubtedly true, but I don't believe they really mean the part about accepting risk. If the Department actually accepted the risks that are inherent in the dangerous enterprise of having diplomatic missions in unstable and insecure places, then it wouldn't be necessary to find someone to blame after an attack, especially a one-off attack like the one in Benghazi, which was of a "ferocity and intensity [like] nothing that we had seen in Libya, or that I had seen in my time in the Diplomatic Security Service" as the RSO in Tripoli described it in his written statement to Congress.

At least in theory, it ought to be possible to conclude after a future attack that all reasonable precautions had been taken, and that the damage inflicted on our mission and personnel could not have been avoided short of retreating into those bunkers from which diplomats "cannot work." We'll see if that ever happens.

The Accountability Review Board was just as good on the subject of setting strategic priorities:

At the same time, it is imperative for the State Department to be mission-driven, rather than resource-constrained – particularly when being present in increasingly risky areas of the world is integral to U.S. national security. The recommendations in this report attempt to grapple with these issues and err on the side of increased attention to prioritization and to fuller support for people and facilities engaged in working in high risk, high threat areas.


Risk management, once again. To set priorities means to select, or prefer, or rank-order, some alternatives higher than others, and to allocate resources accordingly. That's the definition of the word "priority" (allow me). A prioritized approach to the security of diplomatic missions will not result in even-handed treatment, or in all missions getting everything they ask for. How likely is that approach to be accepted as we "go forward" after Benghazi? Not so much, I think.

According to Hillary's letter to Congress, the Department will now prioritize resources on a list of about twenty specially designated high threat posts. All well and good. But, if the next attack happens at one of those posts, will we then blame middle managers in an office annex in Rosslyn for not having sent more money and manpower to High Threat Post A and less to HT Posts B and C? And if the next attack happens at one of the 250 or so other diplomatic missions in the world, will we blame the same managers for not having upgraded Post D to the high threat group? And won't every post in the world request every security measure it can think of "going forward" after Benghazi? Yes, yes, and yes. We can prioritize by risk, or we can cover our bureaucratic asses by spreading resources around evenly, but we can't do both at the same time.

By the way, what's up with that very odd term being used to describe those posts of special concern? High threat posts? As Diplopundit has noted, they are not literally the Department's high threat level posts, and the criteria for designating them has not been explained, so far as I know. The ARB used the phrase "high risk/high threat" posts but that's no better, not to mention kind of incoherent if you are a stickler for risk management definitions, since "threat" is only a component of "risk."

Why isn't the Department using the perfectly good term "Special Conditions" posts? That's already an established category of diplomatic post with its own special rules for applying security standards and providing resources under extreme conditions. You can find it in 12 FAM 057.3, which the department has made publicly available here. That would be a step forward in terms of clarity, at least.

The ARB recommendations include all sorts of interesting new resources to be applied to Fortress Embassies and others. I'll post some thoughts on all of that in a day or two.

Well I was starting to wonder about your absence. Now your post, it's also an exercise of "we know best what to do, we've told everyone what has to be done, but those sorry (plug in name) wouldn't give us the money. We tried!"

Evidently Hillary has decided to meet with the Senators on the 23rd and skip the less friendly House inquisitors on the 22nd. gwb

James, I'd say it's a case of CWA syndrome preventing people from making the best decisions possible with the (always) limited resources they have. Only the career-suicidal will really use their best judgment now, because that always means telling somebody, someplace, "no."

GWB, it looks like Hillary is scheduled to do back-to-back sessions on the 23rd, Senate in the morning and House in the afternoon. I'll watch, but my expectations are low.

I hope those kids don't face trial by that Kangaroo Court of 6 yo's that Obama presented yesterday. They would get permanent suspension and not be invited to the after party!gwb

The question about Algeria was followed by a speech as long as her first speech. The House and the Senate will be lucky to get in 2 questions each in 1 day. Let the congratulating and the moat digging begin! gwb

GWB: The Congressmen do it to themselves by holding hearings with all members present (TV exposure) so that they get only five minutes each. Then they spend the first four minutes setting up YouTube clips for campaign purposes, so the witnesses get off easy.

http://www.thesun.co.uk/sol/homepage/news/4752350/smoke-him-out.html
TSB: Very colorful updates and news in all the British Press with lots of stories from survivors and SAS troops on the ground in Algeria to save the BP plant and hunt down the cigarrete smugler. I guess when you lead from behind you are the last to get any news. Also, Pepe has a real good article about how this is all part of the plan to militarize N Africa that's gotten completely out of control. gwb PS..evacuating all fam members from Mali for 30 days minimum.

TSB: Looks like Algeria was an inside job. I didn't realize 50% of Europe's cocaine was coming thru Mali. Now with cigarrette taxes up 7`10% in France the Saharen smuggler guy has a real "French Connection". War on drugs meet war on terror and Carter Ham really has his hands full! gwb

TSB: Somebody be sure to tell Panetta to watch out for those 60,000 land/anti-tank mines and semtex we were too busy to worry about in Libya while he is off bringing all those terrorists to justice. gwb