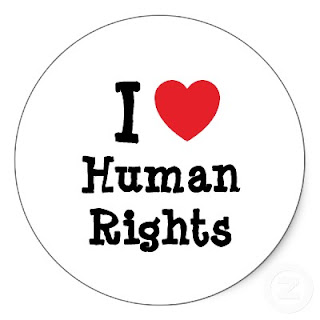 SecState Hillary Clinton made some remarks on human rights yesterday in Vilnius, including this one that was directed at the winning Islamist parties in Egypt:

Now, in Egypt, new actors will be seated in the parliament, including representatives of Islamist parties. Transitions require fair and inclusive elections, but they also demand that those who are elected embrace democratic norms and rules. We therefore expect all democratic actors and elected officials to uphold universal human rights, including women’s rights, to allow free religious practice, to promote tolerance and good relations among communities of different faiths, and to support peaceful relations with their neighbors. Democracies are guided by the rules of the game, including the inevitable transfers of power from one party to another. And the Egyptian people deserve a democracy that is enduring.

I don't understand why people refer to "universal human rights" in the first place, since there is obviously no such thing. Can anybody name a human right that is not culturally relative but actually exists universally? But put that aside.

Don't Islamic political "actors" such as those in Egypt have their own very specific concept of human rights? I think they do. The member states of the Organization of Islamic Cooperation long ago adopted the Cairo Declaration of human rights, which appears to constitute the democratic “rules of the game” for Islamic states.

The preamble of the Declaration is quite clear that human rights are not universal, but are conditional on Islamic law:

Reaffirming the civilizing and historical role of the Islamic Ummah which God made the best nation [TSB note: see Koran 3:110 for the "best nation" citation] that has given mankind a universal and well-balanced civilization in which harmony is established between this life and the hereafter and knowledge is combined with faith; and the role that this Ummah should play to guide a humanity confused by competing trends and ideologies and to provide solutions to the chronic problems of this materialistic civilization.

Wishing to contribute to the efforts of mankind to assert human rights, to protect man from exploitation and persecution, and to affirm his freedom and right to a dignified life in accordance with the Islamic Shari'ah.

The Declaration goes on at length about fundamental rights, universal freedoms in Islam, and revealed divine will. The most troublesome part of it in regard to political freedoms is Article 22:

(a) Everyone shall have the right to express his opinion freely in such manner as would not be contrary to the principles of the Shari'ah.

(b) Everyone shall have the right to advocate what is right, and propagate what is good, and warn against what is wrong and evil according to the norms of Islamic Shari'ah

(c) Information is a vital necessity to society. It may not be exploited or misused in such a way as may violate sanctities and the dignity of Prophets, undermine moral and ethical values or disintegrate, corrupt or harm society or weaken its faith.

(d) It is not permitted to arouse nationalistic or doctrinal hatred or to do anything that may be an incitement to any form or racial discrimination.

So according to the Cairo Declaration of Human Rights, you are only free to advocate what is right and good, and are forbidden to misuse information or to express an opinion contrary to the principles of Islamic law. Well, the devil - pardon the expression - is really in the details of that declaration of human rights.

We don't need to lecture the Islamist parties that will come to power in Egypt. They already have a lock on this human rights and freedoms stuff.
Posted by TSB at 3:39 PM

TSB: Of course human rights are culturally defined. But you are talking about reality and forgetting about "the politics of meaning" which is what we are dealing with here. This article is not at all good but this snip explains it well: "reveals the extent to which the Clintons planned on digging deep, deep into the culture. Hillary believed that it was her place to take up the cause of “redefining who we are as human beings in this post-modern age.” And further, that we must be “willing to remold society by redefining what it means to be a human being in the 20th century, moving into a new millenium.” In fact she enthusiastically agreed that she was looking for a “unified field theory of life.”

I THINK SHE WILL KEEP LOOKING FOR IT AS LONG AS IT'S WORKING FOR HER! gwb

TSB! This Ghandi book is great! This guy is my favorite history prof for sure! gwb

I remember when Hillary said she was running for the Senate in order to "reinvent human nature for the 21st Century." I think that's an exact quote. Anyone who speaks in those terms should be kept as far as possible from political power.

I don't think Hillary has the soul of a VP. Anyway, she's already been a co-President, so VP would be a step down.

No soul I'll agree with! Ghandi had soul! gwb

TSB: Mitt Romney is now claiming he is a "reformed troglodyte". Have you heard of this movement?
gwb

I hadn't. But I love the shaving gear on that website!I didn't know those razors were still made.

Actually, I believe these rights are God-given:

(1) The right to approach our true creator in repentence and faith.

(4) The right of parents and lawful authority to respect.

(5) The right for one's life to be protected and avenged by civil authority.

(6) The right to sanctified, heterosexual, monogamous marriage free from outside interlopers (adulterers).

(8) The right to be protected from false witness.

(9) Protection from the hateful and envious.

These seem to be rights derived from the moral law which God announced on Sinai.

Thanks for your comment. I prefer God-given rights, or natural rights, as well. Provided we're talking about the rights that we recognize in Western Civilization; Muslims are also an Abrahamic faith, but they have quite a different interpretation.

And I think the best way to guarantee my rights is to have a government that is constitutionally limited and too weak to interfere with them, but that's another matter.

@TSB... I think if ALLAH's right and natural right would be considered then no one can be in trouble this world would be like paradise and people are just like angels. minding their own business taking care, sharing love and wealth and food with each other.

Thanks for your comment. You bring up the big different between theological and civil systems of government. The civil kind has no angels, just men trying to govern themselves and others. The primary author of the U.S. Constitution said just that:

"If angels were to govern men, neither external nor internal controls on government would be necessary." - Federalist Papers #51

I can't speak for non-Western civilizations, and I won't even try to speak for angels. But I trust a constitutionaly limited system of human government as the protector of my human rights.