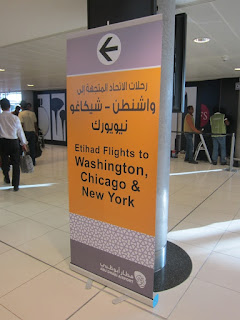 Ah, an influence peddling story from Hillary's term as SecState. That's something we'll see a lot more of as Election Year 2016 rolls on and the news media absorbs all those Clinton private server e-mails and correlates Hillary's official actions with those of the Clinton Foundation and its principles principals.

The Wall Street Journal described how Speaking Fees Meet Politics For Clintons, noting that after HRC's confirmation as Secretary of State "more than two dozen companies and groups and one foreign government paid former President Bill Clinton a total of more than $8 million to give speeches around the time they also had matters before Mrs. Clinton’s State Department, according to a Wall Street Journal analysis ... Fifteen of them also donated a total of between $5 million and $15 million to the Bill, Hillary and Chelsea Clinton Foundation, the family’s charity, according to foundation disclosures."

Despite all that, "The Journal found no evidence that speaking fees were paid to the former president in exchange for any action by Mrs. Clinton, now the front-runner for the Democratic presidential nomination."

Look at one particular pattern of facts the WSJ presented concerning the approval of a Customs and Border Protection (CBP) passenger preclearance operation in Abu Dhabi. Preclearance in Abu Dhabi benefits the UAE's Etihad national airline because it will attract U.S.-bound customers who would otherwise have transited through a regional hub such as Dubai. It cannot benefit any U.S. airline because none operate out of Abu Dhabi. On the contrary, it takes customers away from U.S, airlines, which is why U.S. airline trade groups and unions opposed the operation and lobbied against it in Congress.

A Congressional Research Service report on international air service controversies has this summary of the opposition:


On a separate but related note, there has been debate over a U.S. Customs and Border Patrol (CBP) preclearance facility that began operation in January 2014 at Abu Dhabi International Airport in the UAE. The presence of a preclearance facility makes an airport more attractive to U.S.-bound travelers, as they are not delayed by the need to pass through immigration and customs controls upon arrival in the United States. The Abu Dhabi facility was strongly opposed by some U.S. air carriers, labor unions, and Members of Congress because Etihad Airways, owned by the government of Abu Dhabi, is the only airline that operates nonstop flights from Abu Dhabi to the United States. Opponents were concerned that U.S. carriers, which rely on code-sharing partners to serve Abu Dhabi via connections in Europe, would be competitively disadvantaged because their passengers are not eligible for preclearance.


With all those reasons to oppose the preclearance operation, why was it nevertheless approved? Consider this pattern of facts the WSJ documented:


The State Department got involved in the Abu Dhabi matter after the capital of the United Arab Emirates asked for a facility to clear travelers for U.S. entry before they boarded planes so they could avoid delays when arriving in the U.S. Only five countries in the world at the time had such an arrangement: Canada, Ireland and three Caribbean countries.

While Mrs. Clinton’s State Department and the Department of Homeland Security were working out a “letter of intent” with Abu Dhabi for the facility, Mr. Clinton sought permission to give a paid speech in Abu Dhabi. The invitation came from the Abu Dhabi Global Environmental Data Initiative, a group created by Sheikh Khalifa bin Zayed Al Nahyan, president of the United Arab Emirates and emir of Abu Dhabi, according to Mr. Clinton’s request to the State Department.

In December 2012, Mr. Clinton sought approval for another speech in Abu Dhabi before the World Travel and Tourism Council, State Department emails show. The request said the speech was sponsored by three Abu Dhabi tourism agencies, all owned by the government. A conference sponsor was Etihad Airways, the chief beneficiary of the inspection facility, the group’s promotional materials said. An Etihad spokeswoman referred questions about the facility to the government of Abu Dhabi.

Mr. Clinton gave a keynote address on the value of tourism. He was paid $500,000, his wife’s disclosure filings say.

One week later, the U.S. and Abu Dhabi signed the final agreement for the facility. Etihad Airways operated its first flight from it last year.

Consider as well that the U.S. Federal government is sending a former Governor of Virginia to prison for accepting $15,000 and some gifts "with corrupt intent" even though it did not even allege he performed any official act in exchange, and even though the gifts were legal under Virginia state law.

Are the U.S. Justice Department and U.S. Attorneys investigating the apparent corrupt intentions of Bill and Hillary Clinton, as they did those of the Republican former Governor of Virginia? That's just a rhetorical question, of course. But if they did, or if a future DOJ should do so, circumstantial evidence alone would be quite enough to convict them.

Posted by TSB at 11:48 AM
Labels: CBP, Hillary Rodham Clinton

TSB,
They (Clintons) remind me a little of Caesar and his command of Gaul, which on coming to an end would expose him to trial. So he took the only step in his mind to save himself, taking over by force. This is going to be an interesting election. I just have this feeling that Hillary's time has past and she cannot win. If this is the case where does that leave the Dems? There are great movements a foot and I have not a clue to the future, but this I do know, things are changing radically and there is no stopping it. Keep your head down.

TSB:James; Great post! There is a further shocking development in the case of the great gold smuggling ring involving the UAE, Turkey, Iran, Swiss National Bank, UK and US (New York).

but it was here where we found what may be the most fascinating detail of today's article, namely Gold Holding's (aka Dubai's) hint that Russian gold no longer has to be denominated in US Dollars for transaction purposes. Instead, it can be denominated in Yuan.... as can Venezuela, Brazil, Argentina and Africa gold transactions, in the process bypassing the SWIFT payment system entirely, and all official traces and records that a gold transaction ever took place!

Now this is simply stunning because over the past several years one of the biggest questions has been how did China smuggle thousands of tons of gold from around the world without the world, at least officially, noticing.

Well, recall how this entire story first developed: it was all thanks to Dubai acting as a middleman in smuggling billions of dollars worth of gold from Turkey to Iran, without anyone noticing for years. Could it be that maybe this tiny yet ultra rich Emirate has also been instrumental in facilitating the transfer of tens of billions of dollars from the west (mostly the UK and Switzerland) but also every other gold producer, and into China?

Because if so, it would promptly answer virtually every unanswered question about the global shadow, and very much undocumented, physical gold wave: one which takes the gold vaulted in the west, and moves it all the way as far east as Beijing... and all with Dubai's blessings?

This is not going to be good news for Hillary and Bill if the western media is ever forced to cover the story because the Chi-Coms may have stolen a lot of gold from the UK and US via
Dubai with the full knowledge of US intelligence. gwb

TSB: My favorite 'trip and fall' of the political holiday season was Ben Carson having most of his top campaign staff resign on the same day because of the role of one Armstrong Williams who planted some 'incendiary' stories in the press. This reminds me of some leaders of African countries who get a new press spokesman to explain their remarks about hanging gay people and evil witch doctors. He's just trying to get Ben to 'strike the right tone' in his remarks. gwb

http://www.cnn.com/2016/01/01/politics/ben-carson-campaign-turnaround/
I'm wondering if he maybe inspired Glenn Beck to give of the sauce and become a Texas broadcasting version of 'BLAZEING SADDLES'??

James: I agree with you on the Clintons. I'm thinking there is going to be a contested election this year somehow, someway. gwb

James: In my imagination I could see the Federal Election Commision taking Trump off the ballot in some state in September on 'Trumped up charges'. gwb

TSB: Hillary draws enthusiastic crowd of 25 or so docile kids and their mothers and grandparents in New Hampshire and handled the toughest questions those little rascals could throw at her! 1 kid scared her with a toy dinosauer that somehow got thru security but she handled it great! gwb

TSB: In contrast, Trump was in Biloxi, Mississippi where you can see the school kids want nothing to do with him. He didn't even draw half the crowd that Jimmy Buffet had in Pascagula. gwb
http://www.breitbart.com/big-government/2016/01/02/trump-pummels-media-opponents-

Trump's Biloxi rally was sold out, so he couldn't have packed any more people into that venue. Plus, the Buffet crowd was probably attracted by a weed-friendly environment, I'm guessing. What if they combined their crowds? Would Mississippi have a stadium big enough to contain it all?

TSB: The Buffet concert was a benefit for Gulf coast victims of the 2005 hurricane. Trump had a great crowd and it would be great to see them together this summer.

Hillary has to limit her audiences to just people who will feed her latest talking points.. like free housing for street drunks instead of hospital/court/jail/street. She can't attack Bernie much because he's her only defender against the Republican mob. Jimmy Buffett and the Coral Reefers were tarred and feathered a lot but they were really a clean cut bunch with a great sound.. I really think Trump has a good chance to be a great transistional President when times here hit their lowest. We need to put the brakes on Global Pollution, war,drugs,obamacare, corrupt gov, debt and slave labor. He's the one in the best position to do it. gwb

When was the Emoluments Clause rescinded? The Clintons file for taxes jointly, so any income he receives is also her's.

Good question! I assume no one in the USG wants to look into that. Bill seems to be playing the role of First Lady, which, in the countries where many of his donors are located, means being the bag man for money passed to the chief executive. That's not unknown in this country, either (Lady Bird Johnson, for example).