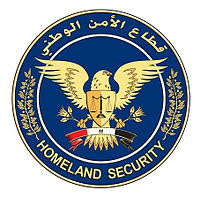 H/T to gwb for sending me a link that led to this tidbit in a Financial Times article about ongoing political repression in Egypt - Egypt state security feelers still active (registration required by FT):

After some initial moves to purge the security forces, attempts at systemic reform were halted, say analysts and political observers. Under the auspices of the Ministry of Interior, the 100,000-strong state security service has been renamed homeland security and personnel moved around.

I can't believe the Egyptian secret police are actually copying the infelicitous name we gave to DHS. Maybe something got lost in translation.

Does the phrase "homeland security" sound innocuous in Arabic? Or does it have the same unfortunate association with European fascism that it has in English, where "homeland" is a second cousin to "Fatherland?" I'm afraid I'll find out it's the latter.

On second thought, the old name was perfect: the Egyptian State Security Investigations Service. If they need to rebrand, the name "Stasi" is available, and would really suit the situation perfectly.
Posted by TSB at 1:31 PM
Labels: Department of Homeland Security, DHS

TSB: I never would have guessed this from all the stupid beltway think tank questions but the invisible guy won again. gwb

Ron Paul wins most of these call-in type polls, which I guess shows the commitment of his supporters. They're a small but highly motivated bunch. I see Cain did pretty good, also.

TSB: Did you see that story about Hezbollah erasing all our CIA assets in Lebanon using CIA cellphone methods? gwb

Yes, and reportedly they used commercial software to do that traffic analysis. Pretty interesting.