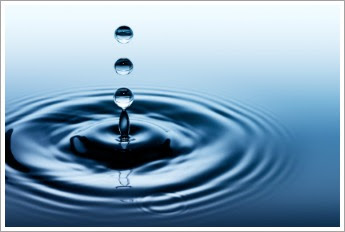 The Diplomatic Correspondent for the WaPo had a story last Thursday that promised more Trumpening of the State Department than it delivered - That drip-drip is the sound of two more senior diplomats leaving Foggy Bottom:


The steady departure of senior officials at the State Department is continuing, as two assistant secretaries of state are stepping down next week.

The impending losses of Daniel Russel, assistant secretary for East Asian and Pacific affairs, and Linda Thomas-Greenfield, assistant secretary of African affairs, leave only a handful of career diplomats who were holdovers from the Obama administration among the cadre of senior State Department officials.


It's more evidence for the meta-story that the WaPo has been reporting for weeks. You know, all those visions of empty corridors, idle employees whiling away the hours in the cafeteria, layoffs in the senior ranks, and the purge of the 7th floor.

But then, what's this?


It turns out one of the departing seniors is going to "a one-year assignment as a diplomat in residence and senior fellow at the Asia Society Policy Institute" and the other "will become a senior fellow at Georgetown University’s Institute for the Study of Diplomacy." Those sound like nice gigs. After which I assume they will either return to the Department or maybe retire, of their own choice and not because Trumpistas ran them out of town on a rail.

Looking at the comments on that article I saw something wonderful and rare, a response from a reader who is knowledgeable and even-tempered:


I worked at State as an FSO. I changed jobs more than a dozen times. Twice I had jobs "outside the Department", at Fletcher School of Law & Diplomacy and at Smithsonian. Both times I came back to the Department on schedule. This story just reports the routine. It is like a breathless story about a river that is not flooding or a house that is not burning.

So then, it's just a dog-bites-man story and fundamentally uninteresting, despite the headline and misleading lead paragraphs.

Until the WaPo purges these hyped-up headlines from its editorial system, readers should automatically dial them down a few levels of drama.

Posted by TSB at 10:48 AM
Labels: The Trumpening

You be careful Skep. These are interesting times, regardless of where in the government you work.

TSB: If you can figure out what you think about this new health care proposal let us know. It looks to me like the people who can't afford it will be driving up my business like crazy. It's already happening because so many people I see can't afford the care they need even with a full time working spouse. Health insurance execs and big pharma are operating a gold mine that will bankrupt the country. gwb
http://www.zerohedge.com/news/2017-03-06/house-republicans-release-plan-repeal-and-replace-obamacare-key-highlights

James: I enjoy the passing parade from my spot on the curb of the gov't workforce. Every day is such good entertainment that you could sell tickets.

TSB: WIKILEAKS PUBLISHES 'ENTIRE HACKING CAPACITY OF THE CIA' This could be 'Timely'! It will be nice if it illuminates the ongoing BS about whether Obama was listening in on Trump's phone and the 'real' question of who runs the show anyway. gwb

TSB: I have read the whole download on the CIA and here is how they did it to Trump: Obama promised to reveal all device vulnerabilities but CIA breached that promise.
"Year Zero" documents show that the CIA breached the Obama administration's commitments. Many of the vulnerabilities used in the CIA's cyber arsenal are pervasive and some may already have been found by rival intelligence agencies or cyber criminals.

As an example, specific CIA malware revealed in "Year Zero" is able to penetrate, infest and control both the Android phone and iPhone software that runs or has run presidential Twitter accounts. The CIA attacks this software by using undisclosed security vulnerabilities ("zero days") possessed by the CIA but if the CIA can hack these phones then so can everyone else who has obtained or discovered the vulnerability. As long as the CIA keeps these vulnerabilities concealed from Apple and Google (who make the phones) they will not be fixed, and the phones will remain hackable.

The same vulnerabilities exist for the population at large, including the U.S. Cabinet, Congress, top CEOs, system administrators, security officers and engineers. By hiding these security flaws from manufacturers like Apple and Google the CIA ensures that it can hack everyone &mdsh; at the expense of leaving everyone hackable.
So, as of today we know the CIA can hack any phone it wants to and can have the goods on everyone without the President having any idea... then leak it to the press and send Clapper on the Sunday Shows to 'Flatly Deny It' and cite the law. gwb

It's such a drag mopping up from the daily bloodbath, at least if I were in the alternate reality-tunnel of The Washington Post, The New York Times, The Atlantic, &tc.

Skep,
I agree, but you watch your top knot anyway.

James; TSB: Speaking of top knots, this one was released from jail yesterday in Minneapolis after going to the Capitol on Saturday to break up a peaceful pro-Trump rally. It's Tim Kaine's son "WOODY". Sounds like the policeman had to apply a little 'nightstick' to subdue him. gwb

CAA: Thanks for your comment! I agree. At my remote annex location the drips are barely noticeable.

From the first week after Inauguration Day it had become apparent that sensationalism was now the order of the day when it comes to foreign policy and State Department reporting.