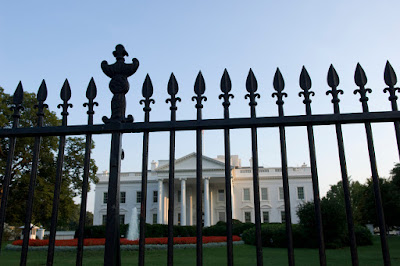 A surprising new development in the case of that White House fence-jumping incident back on March 10 happened today, when the Secret Service publically acknowledged that the intruder was loose on the White House grounds for an incredible 16 and a half minutes before they found and arrested him.


At 11:21:38 pm an individual breached an outer perimeter fence near the Treasury complex, near East Executive Avenue. This fence is approximately 5 feet in height. The individual proceeded within the secure perimeter and scaled an 8 foot vehicle gate. The individual then proceeded to climb over a 3 ½ foot fence near the SE corner of the East Wing of the White House grounds. Uniformed Division Officers attempted to ascertain the location and identity of the individual. At 11:38:00 pm, the individual was taken into custody on the grounds without incident.


But now the House Oversight Committee is on the job, and we can be sure that Chairman Jason Chaffetz will soon be on top of the situation.

The Secret Service has only itself to blame, of course. If only it hadn't turned Chaffetz down when he applied for a job as an agent, he wouldn't have a platform from which to oversee it now.