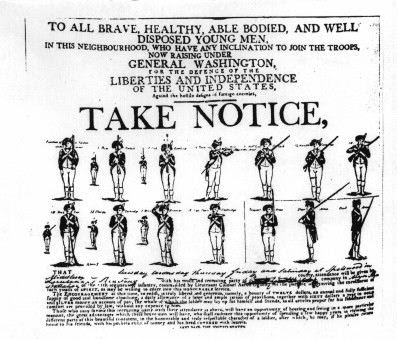 Established by resolution of the Continental Congress on June 14, 1775:

Resolved, That six companies of expert rifflemen, be immediately raised in Pensylvania, two in Maryland, and two in Virginia; that each company consist of a captain, three lieutenants, four serjeants, four corporals, a drummer or trumpeter, and sixty-eight privates.

That each company, as soon as compleated, shall march and join the army near Boston, to be there employed as light infantry, under the command of the chief Officer in that army.


My hat is off to all the "brave, healthy, able bodied, and well disposed" young men and women who have enlisted "for the defense of the Liberties and Independence of the United States" since that day.