Not Someone Detached From the Details 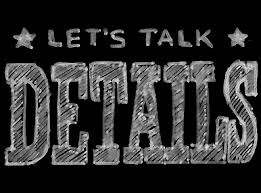 No big revelations in there, but it is clear the Oversight Committee majority was looking for an opening to go after Under Secretary for Management Patrick Kennedy.

Q: Under Secretary Kennedy is not, by everyone's account, is not someone who is detached -


U/S Kennedy will be interviewed by the Oversight Committee himself later this week, I believe. Maybe we'll hear more then.
Posted by TSB at 6:48 PM 55 comments:
Labels: benghazi

Fake Bomb Detector? No Harm In That, So Far As I Can See


Apparently a news outfit in Beirut is only now finding out that those 'bomb detectors' with the swiveling antennas - the ones that are in use all over Lebanon and beyond, the ones that have been exposed as bogus again and again, the ones the Iraqi Ministry of Interior got (some) of its money back from, the ones whose British manufacturer and salesmen have been convicted and sentenced for fraud, those ones? - are fake.

Better late than never, I suppose, but really, how many times does that fraud have to be debunked before the reality sinks in? Folks, the 'bomb detector' known as the ADE-651, among other names, consists of an antenna and an empty box. Let me repeat that last part .. an .. empty .. box. How hard can it be to figure out that it couldn't possibly detect anything?

Al-Akhbar English, from Lebanon, has not-so-breaking news today about the The Great Explosives Detector Hoax:


After the recent car bombs that killed dozens in Beirut and Tripoli, Lebanon’s public and private security forces armed themselves with a simple device that allegedly can detect explosives in a car. Al-Akhbar put the detectors to the test. Here are the results.

All over Beirut, you inevitably come across security guards carrying a plastic device, with what looks like an antenna extending from it, much like an old radio. You are asked to stop your car, and they run the scanner from front to back. If the metallic rod turns in the direction of the car, then it has sniffed a trace of explosives.

But is this kind of detector genuine? Does it in fact protect thousands of lives by finding explosive material? How does it actually work, and how effective is it? Do all the security outfits use the same product or are there a number of different models available?

Given the possibility that there are more effective models being used elsewhere, we decided to consult a security officer who is an expert in explosives. When we asked him about the detector, he laughed, saying it was a big hoax. He told us that the army had tested one machine, and upon opening it, found nothing more than what you might find inside a child’s toy.

It is worth noting that the BBC aired an investigation into this type of “antenna” detector, enlisting the help of experts from Cambridge University and specialized laboratories. The results revealed, according to the report, that the device is completely ineffective, and the cost of the materials it contains is worth no more than a few dollars.


Why have government agencies all over the world bought the ADE-651, and why do most of them continue to use it? It has no favorable test results, or successful track record, or credible theory of operation, or technology, or even any components other than the box and antenna.

That whole credulity thing keeps bothering me. I think the sales genius behind the ADE-651 must be Irwin Mainway, the deliciously sleazy late night TV hustler portrayed by Dan Aykroyd in those SNL skits back in the 70s. 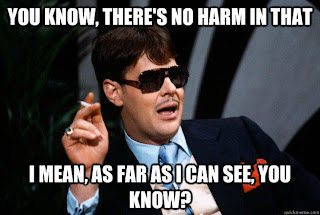 "Johnny Fake Bomb Detector" sounds like it would fit right in with the other great Mainway toys, like the Invisible Pedestrian Halloween Costume, the Bag O' Glass, the General Tron Secret Police Confession Kit, Doggy Dentist, and the rest.

Mainway said he was only packaging what people wanted, and he always had reasonable-sounding excuses for his dangerous toys. Even warnings right there on the label. If people buy them, hey, you can't fix stupid, I mean, so far as I can see, you know? 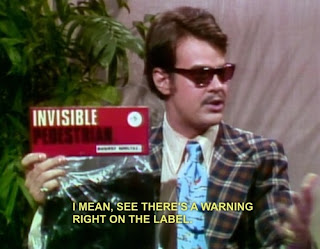 Last year on June 6, the White House sent out a lousy tweet to commemorate the 68th anniversary of D-Day, a cheap gesture which I thought was deplorable. This year, it hasn't even done that.

I know someone was using the White House Twitter account on June 6, because he or she sent a tweet decrying the lack of free Wi-Fi in our schools. But nothing about 10,000 men being killed or wounded on that day to begin the liberation of Europe from Nazi occupation. I'm partly disgusted, but also partly relieved that at least no political hack or intern used the occasion to promote the bombing of Syria.

Next year will be a round-number anniversary, and maybe our politicians will pay somewhat more attention then. At least, the French are already paying attention to the the 70th anniversary. 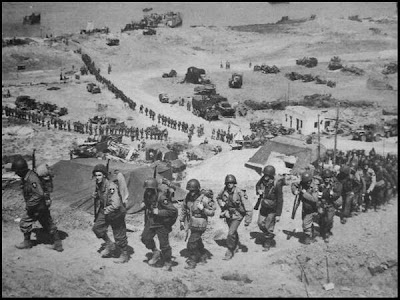 Something happened here 69 years ago, and it was - arguably - the most momentous event in world history. Shame on us that we don't commemorate it every year.