If Eyes Are Windows To the Soul, Then All Of These Women Are Crazy


Something about the 'crazy eyes' and runner's physique of Paula Broadwell reminded me of someone else. It finally dawned on me who she resembles - Air Force Major Jill Metzger.

Metzger was assigned to Manas Air Force Base in Kyrgyzstan when she mysteriously disappeared for three days just before she was due to rotate back to the USA. Then, she showed up telling a crazy story about being abducted and escaping.

There was an investigation, of course, but the Air Force seemed to not really want to find out what happened, or at least didn't want to say what happened. With the investigation unresolved, Metzger went away quietly, temporarily retired for a few years on medical grounds of post-traumatic stress disorder,  before being returned to active duty.

Both of them look like Lisa Nowak, the former naval aviator and NASA astronaut who assaulted and attempted to kidnap her romantic rival, an Air Force Captain named Colleen Shipman who was involved with Nowak's astronaut-boy friend, William Oefelein.

Her lawyer later stated that she was suffering from major depression, obsessive-compulsive disorder, insomnia, and brief psychotic disorder with marked stressors at the time. Ms. Shipman put it more simply to the judge at Nowak's sentencing: "It was in her eyes: limitless, blood-chilling expression of limitless rage."

Compare all of them to Jennifer Wilbanks, the Georgia woman who went out jogging four days before her gargantuan 600-guest wedding and then didn't return home. That brought on a nationwide police search and a full-blown media feeding frenzy until Wilbanks turned up outside a 7-11 in Albuquerque telling a tall tale about abduction and sexual assault.

While police dithered about whether to charge her with making a false report, Wilbanks checked into a medical treatment program to address physical and mental problems.

Wilbanks and her ex-fiancé sold the media rights to their story for half a million dollars. Then Wilbanks sued the ex-fiancé, claiming that she granted him power of attorney to negotiate the sale while she was hospitalized and under medication, and demanded that he give her his share of the $500,000 plus another $250,000 in punitive damages.

As a public service to my male readers: I implore you, when you see a woman with eyes like that, don't just walk away, run. 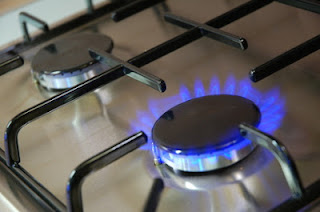