Having a Capitol Spring 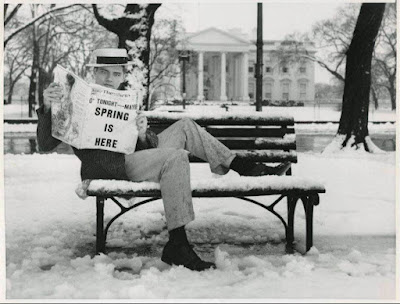 The Capitol weather forecast is for 4 to 8 inches of snow ending at 8PM.

So Hillary is in India this week explaining to the locals how she lost that election, or rather, how she won all the places that mattered but that wasn't enough to win the election (WaPo: Hillary Clinton takes her ‘deplorables’ argument for another spin).


Clinton offered some rather unvarnished remarks in India this weekend that sound a lot like her “deplorables” commentary from September 2016. She played up the states that supported her as more economically advanced than the states that voted for Trump, calling them “dynamic” and “moving forward.” Then she again suggested Trump supporters were motivated by animosity toward women and people of color.

Well, something else you can see in the election map is that lots of places that went for Obama in 2012 went for Trump in 2016. You can see them in this November 2016 NPR story with 3 charts that show "where the Trump surge happened and the places that flipped from supporting President Obama in 2012 to going for the Republican nominee and billionaire real-estate mogul just four years later."

Maybe I missed it, but how does Hillary account for those optimistic, diverse, dynamic, etc., etc., pro-Obama places of 2012 that turned into redneck Hicksvilles in 2016?

Here's a thought. Could it be that Hillary was just an unlikable person and terrible candidate who did not offer anything of much appeal to states with a majority of the Electoral College vote? 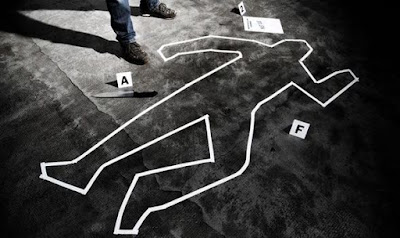 When I saw the news today about President Trump dismissing Silent Rex, my first thought was that the decision might have been precipitated by his press release of yesterday about the killing of a Russian ex-spy in Britain, since that statement differed from one released by the White House.

However, it now seems the decision was made a day earlier. That means the last independent act of SecState Tillerson was to issue this statement attributing responsibility for the nerve agent attack in the U.K.:


The United States was in touch with our Allies in the United Kingdom ahead of today’s announcement, including in a call between Secretary Tillerson and Foreign Secretary Johnson this morning. We have full confidence in the UK’s investigation and its assessment that Russia was likely responsible for the nerve agent attack that took place in Salisbury last week.

There is never a justification for this type of attack – the attempted murder of a private citizen on the soil of a sovereign nation – and we are outraged that Russia appears to have again engaged in such behavior. From Ukraine to Syria – and now the UK – Russia continues to be an irresponsible force of instability in the world, acting with open disregard for the sovereignty of other states and the life of their citizens.

We agree that those responsible – both those who committed the crime and those who ordered it – must face appropriately serious consequences. We stand in solidarity with our Allies in the United Kingdom and will continue to coordinate closely our responses.


All questions of that particular killing and our response to it aside, how can any official USG statement say "there is never a justification for this type of attack – the attempted murder of a private citizen on the soil of a sovereign nation?" Targeted killings are still targeted killings whether a nation does them with up close with poison or from far away with armed drones.

The press reported how Obama decided whom to kill with the aid of a 'disposition matrix.' Here's a handy flowchart that spells out the Obama administration's justifications for the killing of private citizens on the soil of sovereign nations. The Trump administration presumably does the same.

But, but, didn't Obama have magic bombs that never killed the wrong person? Actually, no, as the Obama White House admitted in 2016, its drone strikes had killed 64 individuals conclusively determined to be non-combatants, in addition to 52 individuals whose status remained in doubt. Private monitoring organizations such as the Long War Journal, the New America Foundation, and the Bureau of Investigative Journalism, have estimated there were several times that number of non-combatant casualties.

Personally, I support the use of targeted killing in at least some cases. And, if the USG wants to issue threats to Putin and demand consequences for the attack in the U.K., that's also okay by me.

But, so long as the USG conducts such attacks itself, please spare us the sanctimony.