Another Former Embassy Employee Prosecuted; Limits of the Polygraph Exposed Yet Again 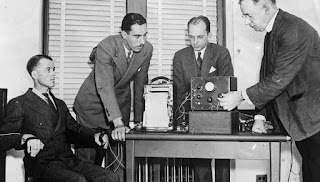 A former U.S. Embassy employee from Mexico City has been charged with a string of sexual predator offenses, as detailed in today's NYT story. The circumstances are highly reminiscent of a similar case from 2010, including the fact that both employees had been polygraphed multiple times without the exams detecting any criminal behavior.
From the NYT story:

In a petition arguing that Mr. Raymond should not be held in custody, Mr. Kirby said that Mr. Raymond had taken more than 10 polygraph tests and had passed every one of them, including a recent one, which addressed the allegations against him.

“Even non-comix nerds (or those too young to remember Lynda Carter) will marvel at Jill Lepore’s deep dive into the real-world origins of the Amazonian superhero with the golden lasso. The fact that a polyamory enthusiast created her partly as a tribute to the reproductive-rights pioneer Margaret Sanger is, somehow, only the fourth or fifth most interesting thing in Ms. Woman’s bizarre background.” — New York Magazine