"I trained in the '80s and if you had told me that you could imagine that this is happening know, I would think you were crazy," Renato Saltz, a plastic surgeon from Utah and International Society of Aesthetic Plastic Surgery (ISAPS) president told AFP

Posted by TSB at 5:07 PM No comments:
Labels: Most Eyebrow-Raising Headline of the Week

East Side, West Side

CNN had an explainer this week on why moving the US embassy from Tel Aviv to Jerusalem is so controversial. It covered the 1949 Armistice Line that functions as the border between the East (and Arab) and West sides of the city, the Jerusalem Embassy Act, and the U.S. position up to now. But it overlooked a remarkable geographical oddity about one of U.S. Consulate-General Jerusalem's properties.

If you go to Google Earth and search for "U.S. Consulate Jerusalem" it will lead you to a location at the street address of Number 14 David Flusser Street, in the Arnona neighborhood. That is not actually THE Consulate-General in Jerusalem, but rather a consular annex where visa and American Citizen Services work is conducted. (The State Department's telephone directory and Key Officers List has three separate addresses for CG Jerusalem in different parts of the city, but ignore that for now.)

Make sure the Google Earth 'borders and labels' layer is activated, and you'll see a red line that goes through the CG property in Arnona, and even right through the office building on the property. That is the UN's 1949 Armistice Agreement line that marked the ceasefire between Israeli and Jordanian-Iraqi military forces in the 1948 Arab-Israeli War. And, as CNN explained, it operates as the border between East and West Jerusalem.

Now, of course, I'm not suggesting anything about anything. But I'm surprised no journalist or commentator has pointed out that the CG operates a property in Jerusalem that literally straddles the Armistice Line, and therefore could, maybe, finesse the difference between East and West sides.

The End of the Tracks For OBO's Casey Jones 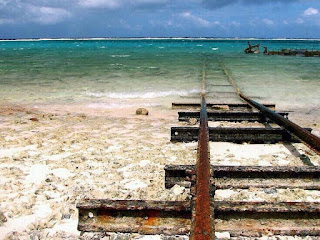 Trouble ahead, trouble behind
And you know that notion just crossed my mind

As the days tick down to January 20, my good friends in the Bureau of Overseas Buildings Operations become a little bit scarcer. Of course, Director Lydia Muniz will depart. So will Deputy Director Casey Jones, who came over from the General Services Administration a few years ago to start OBO's Design Excellence program.

Jones was initially detailed to OBO from GSA, and was later appointed a Deputy Director. I've always assumed he was a political appointee, but was never certain about that. Whatever his employment status, Jones will now resign "to pursue opportunities in the private sector," as was announced yesterday in Architect Magazine.


“We had set a goal of restructuring the way in which our embassies were designed so that they better reflect the best of America and we had some great progress in that area,” Jones says. “We’ve really elevated the quality of our embassies while keeping them on the same schedule and budget, and we have a great management team in place, so I sort of fulfilled my mission.”


What? He said his Excellence program elevated the quality of new embassy construction projects while keeping them on the same schedule and budget? The House Oversight and Government Reform Committee disagrees about that, rather vehemently. But, the criticism of Congress will cease to bother Jones after the 20th of January.

Although Architect Magazine identified Jones as merely the Director of Design Excellence at OBO, according to his official bio, Jones was responsible for much more than that: "Casey Jones is Deputy Director of the Bureau of Overseas Building Operations (OBO) at the U. S. Department of State where he oversees the Program Development, Coordination and Support and Construction, Facilities and Security Management Directorates." That portfolio sounds kind of sweeping, starting with design development and ending with construction management, with security in between.

To an outside observer such as myself it seems that Jones took on a range and level of responsibilities for which his background as, basically, a design consultant, left him ill-equipped. That kind of guy always bugs me. You know, the kind who knows all about how to do a job that he has never actually done himself? If Jones was ever the architect of record or project manager of anything at all, I'll happily stand corrected.

I wish Jones all the best in those private sector pursuits. Meanwhile, for the friends he leaves behind in OBO, there will be trouble ahead as they drive on into the next era of new embassy program management, one in which we Make Embassies Great Again.

Today Ankara and Beirut ... Next Year In Jerusalem? 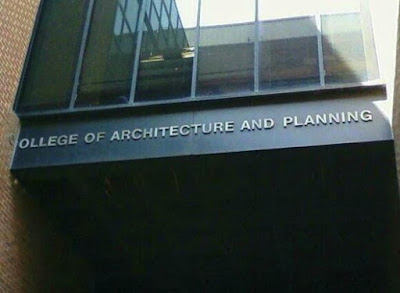 My good friends in the Bureau of Overseas Buildings Operations have been playing a real hot hand this week, because today they announced construction awards for a new U.S. Embassy in Ankara, Turkey, and another one in Beirut, Lebanon. Two places that badly, badly, need new facilities.

Now the big question in my mind is, will those OBO architects and planners next turn their attention to New U.S. Embassy Jerusalem?