The WaPo's Baghdad Bureau Chief, Loveday Morris, posted a link to this video showing "some of the panic in the Green Zone earlier [today] as politicians tried to flee the protesters." Quite dramatic, with SUVs pushing aside traffic barriers to clear a path for politicians fleeing the crowds of angry Sadrists, and police making half-hearted attempts to control the rioters. If they did a modern day remake of Doctor Zhivago, that is what the end of the first reel would look like.

Is that a white Suburban I see at around the midpoint of the video? Hmm. Maybe there's a Chevy dealership in Baghdad.

The protestors had a very good day, and at one point they came within about 500 meters of the U.S. Embassy. See the WaPo story here: State of emergency declared in Baghdad as protesters take Iraqi parliament:

Security forces declared a state of emergency in the Iraqi capital after demonstrators climbed over blast walls and broke through security cordons to enter Baghdad’s fortified Green Zone, also home to ministries and the U.S. embassy. Many were followers of Iraq’s powerful Shiite cleric Moqtada al-Sadr, who has been urging his supporters onto the streets.

Lawmakers fled the building in panic, with some berated and hit as they left. Others were trapped in the basement for hours, too afraid to face the crowds who complain that the country’s political class is racked by corruption.

Entering the parliament building, which, like the rest of the Green Zone, has been off-limits to the public for the past 13 years, protesters reacted with jubilation. To many, the area has become a symbol of corruption, the place where Iraq’s political elite live walled off from the rest of the country.

The [U.S.] embassy denied that it had begun evacuating staff or provided had safe haven for Iraqi politicians. Organizers urged protesters not to attack embassies or other properties in the area.

Still, members of parliament, many of whom live in the Green Zone, went into hiding, and some left the country.

Many politicians said it marked a turning point.

“This is an end to the political system put in place after 2003,” said Dawoodi, speaking by phone after he fled the parliament building. “A big part of the blame for this is on America, which left Iraq without solving this crisis it created.”


Here's a thought: if the end of the post-Saddam political system comes before our election year is over, which candidate would that favor?

Washington DC's Walk for Water Has Been Rained Out 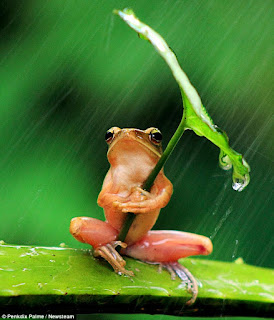 I received the bad news in a Department Notice titled "Walk for Water Postponed Due to Rain."

Clicking on the link I found this:


THIS EVENT HAS BEEN POSTPONED DUE TO THE WEATHER FORECAST.

The annual 6k Walk for Water helps raise awareness about water issues worldwide and here at home in D.C. All are welcome. This is part of the Department of State's worldwide Green Race initiative, which uses outdoor activities to raise awareness and stimulate action to help surmount environmental challenges. Walkers follow the Potomac River to the House of Sweden in Georgetown, where environmental nonprofits will be sharing information and have interactive booths. There will even be a giant inflatable toilet, so don't miss the fun. You can also get updates from Twitter (@StateGDI and #6kwaterwalk). Please note that we are trying to reduce the walk's environmental footprint, so bring your own water (preferably in a reusable bottle!). You can refill your bottle at the Swedish embassy.


What sense does it make to postpone because it's raining? Instead, why not declare victory and party in the rain all day long? We should even flush our toilets for the sheer fun of it.

My (rain) hat is off to whoever wrote that title. It falls like steady drops of irony which join into rivulets of humor before combining into a steady stream of paradox and finally becoming a raging torrent of sarcasm.

From The Times of Israel, here's video of the aftermath of yesterday's bus bombing.


The images were recorded on a GoPro camera on the helmet of Arik Abuloff, a fireman from the Jerusalem department of the Israel Fire and Rescue Service, who raced to the neighborhood of Talpiot in the immediate wake of the bombing.

The images show Abuloff running toward two buses engulfed in flames before him and a team of firefighters attempting to battle the inferno using water hoses.

Police and rescue officials confirmed 21 people were injured, two of them seriously, when a bomb aboard number 12 city bus exploded in the capital’s Talpiot neighborhood on Moshe Baram Street on Monday evening, setting the bus on fire. A nearby intercity bus and car were also burned in the blast.


The Talpiot neighborhood of Jerusalem is in the vicinity of the U.S. Consulate's Arnona office annex and consular section.

"Man Arrested After Exposing Himself to Woman Who Didn’t Even Notice It" - Arlington Now
Posted by TSB at 3:27 PM 11 comments:
Labels: Most Eyebrow-Raising Headline of the Week

Now, this is something completely different. A Saudi TV newscaster spent three minutes of a broadcast on April 3 lambasting her fellow Muslims for their refusal to admit the connection between Islam and Islamic extremist terrorism.


We witness people competing in an attempt to be the first to prove that everything that is happening has nothing to do with the Muslims, and that the terrorists are highway robbers and homeless alcoholics and drug addicts. We all know that the number of the homeless in Europe is very high. They sleep in the streets and beg for alms, and some of them are alcoholics or drug addicts, but we do not expect these addicts or criminals to even consider coming here and blowing up a mosque or a street in our city. It is we who blow ourselves up. It is we who blow up others.

Why do we shed our own conscience? Why do the sheikhs, the pundits, the journalists, and all the Arab officials insist upon [not] using their conscience when they point to the perpetrators? Don't these perpetrators emerge from our environment? Don't their families belong to our society? Didn't anyone you know - someone from your city, a neighbor, someone from your street, a relative, a nephew, a grandson, a father, or a mother - go to Syria or Iraq to wage Jihad?

After the abominable Brussels bombings, it's time for us to feel shame and to stop acting as if the terrorists are a rarity. We must admit that they are present everywhere, that their nationality is Arab, and that they adhere to the religion of Islam. We must acknowledge that we are the ones who gave birth to them, and who have made them memorize the teachings of all the Salafi books. We must admit that it is the schools and universities that we established that told them the others are infidels.


I've read that Nadine Al-Budair is a Saudi journalist and women's rights activist (yes, both of those things at the same time) who lives in Dubai, and was formerly a presenter on the Arabic-language American television channel Alhurra. That channel is owned by the Middle East Broadcasting Networks, which is funded by the Broadcasting Board of Governors.

If the USG has had anything to do with her career, then that is exactly how I would want my tax money spent.

The head of the school, Steve Cole, told TVNZ that they wanted to make the show “as realistic as possible.”

Posted by TSB at 5:43 AM 2 comments:
Labels: Most Eyebrow-Raising Headline of the Week

Wisdom In Your Earpiece

This video is entertaining and instructive.

Yesterday, there was some scuffling on the sidewalk between Turkish security guys and protestors when President Erdoğan addressed the nuclear security summit hosted by the Brookings Institution in Washington. Erdoğan's bodyguards roughed up some protestors, ripped up their signs, and tried to remove a US-based Turkish journalist. All of that was reported by the press.

Well, today, it turns out that Cenk Sidar, the president of the risk advisory firm Sidar Global, recorded on his phone a curbside counseling session between U.S. and Turkish security personnel which apparently occurred right after the scuffle. He posted it on Twitter, naturally.

The central figure in the video is a U.S. security guy - everyone assumes he's a Secret Service agent, which he may well be, but he could also be from another Federal agency or the Washington DC police department - who is rebuking a young hotheaded Turkish agent:


"This is America. They are contained. Act like an adult and stay on this side of the road. End of story ... By going over there and flipping them the bird you are causing more problems, for me and for your protectee."


All good advice. It looks like an older Turkish agent was acting as intermediary, and/or interpreter, between his younger cohort and our exasperated U.S. official. If the young guy takes this counseling session to heart, he'll be a better man for it. At least, he'll confine the heavy-handed tactics to protestors back home from now on.


“I hope they update their policies and their procedures and do a better job, because that’s just a little alarming” Supervisor Koran T. Saines said.

Posted by TSB at 2:58 AM 2 comments:
Labels: Most Eyebrow-Raising Headline of the Week
Newer Posts Older Posts Home
Subscribe to: Posts (Atom)