No Biden Administration Dignitaries Attended This Dignified Transfer of Remains 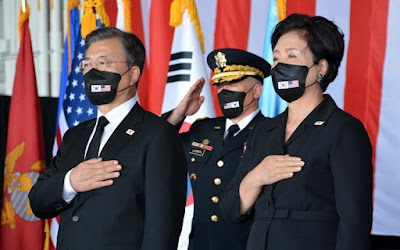 The President of South Korea was there along with his spouse.

JOINT BASE PEARL HARBOR-HICKAM, Hawaii – South Korea President Moon Jae-in reiterated his desire for a formal end to the Korean War at a ceremony Wednesday in Hawaii during which the U.S. turned over the remains of 68 South Korean soldiers who died in the conflict ... At the same time, South Korea transferred the remains of six American service members unearthed from unmarked graves in recent years, making it the first joint transfer of remains between the nations.

President Moon Jae-in and his spouse have U.S. counterparts, do they not? Yet no Bidens showed up in Hawaii for that ceremony despite it being a rather special occasion, even more so than most dignified transfers of remains.
Who did Biden send in his place? No one, really, at least no one from his cabinet or his personal circle. Not even the DOD secretary.
What did Biden have that was more important to do that day? According to his public schedule, he had lunch with Kamala Harris, and not much else. He departed for Camp David the next day, a Friday.
I hadn't noticed that whole sorry business at the time, but the more I think about it the more it annoys me. They sometimes call Korea the Forgotten War, and apparently the name fits.
Posted by TSB at 10:56 AM 10 comments: 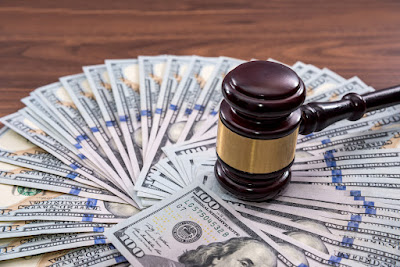 The laborer is worthy of his hire, it says in the Good Book. That even applies to highly political Washington law firms.
Yesterday, Friday October 8, 2021, the first firm of attorneys to represent the Dunn family in its suit against the American driver filed a sealed motion for attorney's fees in the U.S. Court for the Eastern District of Virginia, as well as a sealed memo and eight sealed exhibits in support of the motion.
The legal firm of Cohen Milstein first met with the Dunn family way back in December 2019, filed the suit in September 2020, and worked for them up until May 2021. That's a lot of billable hours for three partners at about $1,000 each per hour, plus one lesser-paid associate.
In May, there was a mysterious falling out between Cohen Milstein and their clients which caused the firm to withdraw from the case. A second law firm took over and got the case to settlement - reportedly - one month ago.
I say reportedly, because I notice that the Dunn family's spokesman / Svengali has referred to it only as a "resolution" whenever he has done media work, which he does a lot of for someone who insists he is 'not allowed to discuss the case.'
Surely the Dunn family understood they would have to pay their lawyers, even the ones who had separated themselves from the case. The insurance company (and presumably it was the insurance company who covered her and not the driver personally who paid) agreed to a payout a month ago, the amount of which is undisclosed. Now, it seems the matter of how to divvy up the insurance company's payout between the Dunn family and the many lawyers who have represented them is not quite settled. Otherwise, why would Cohen Milstein see a need to file a claim for its fees?
As best I understand the rules of these things, attorney fees are paid before client claims for damages, and the fees will be determined according to the agreement which the firm and its clients reached back when they signed a contract. Maybe they work on a contingency basis and get a percentage of the settlement payment, usually a third.
So the old lawyers will get a slice of the settlement, the new lawyers get another one, and the family gets what's left over. I don't know how UK tax laws work, but usually money from damages is not taxed as income, so let's assume the taxman doesn't take yet another bite.
The millions of dollars that their blowhard advisor promised the family from a U.S. lawsuit McDonalds-coffee-spill-style are melting away. There probably wasn't much of a settlement in the first place, although we don't know that since those details are confidential and have not yet been spilled.
Visions of Ibiza and Marbella may have to give way to more sensibly priced UK holiday destinations.
Posted by TSB at 12:20 PM 20 comments:
Labels: Harry Dunn

Hillary Co-Wrote a Novel, Sort Of

My first foray into fiction! It was a labor of love with my friend (and favorite mystery author) Louise Penny, and I can't wait for you to read it.

Pre-order “State of Terror” now to dive in as soon as it's released next Tuesday, October 12. https://t.co/wFFmAIb2qK pic.twitter.com/fty5ji2Cm4

Her first foray into fiction.

Why does she lead with her chin like that? After 60 years in politics has she really never developed better instincts? 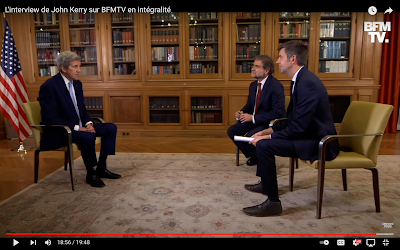 You have probably seen clips of this interview by now.
The phrase "Joe Biden was unaware" is just about exactly the worst soundbite that could be stuck to him at this point, as he flails about trying to recoup something from the budget bill fiasco while his approval / disapproval numbers head underwater.

C'mon Man!©, stop this malarkey before the midterm elections stop it for you.

That said, John Kerry does quite the Gallic shrug, n'est-cafe?