After a night at a local bar, Jessica Collins was at the home of a friend of a friend when she lost control at the after-party, police near Houston say ... While there, the victim told police that Collins demanded more drinks, and cigarettes. When the woman told Collins to leave her home — that she was ready for the night to be over — Collins attacked her, police say. She accused Collins of yanking her to the ground by her hair and biting her nose, ripping off a large chunk of it with her teeth. Then, Collins swallowed it, CNN reported.

Posted by TSB at 9:54 AM 6 comments:
Labels: Most Head Shakingly Bad Thing of the Week

"You Shouldn't Let Poets Lie to You"

As a public service I am embedding this warning about listening to poets, at least when it comes to technology. It was provided to us by the Icelandic singer Björk (last name, Guðmundsdóttir) some years ago. I'd guess maybe 30 years ago judging by the age of the cathode ray TV set that she's exploring and well as the age of Björk, which is currently 52 earth years.

You see, Björk used to be afraid of the mysterious black box that was her TV because she listened to some lying poet who told her the electron guns inside it were bypassing her rational filter and hypnotizing her by the way they caused patterns of images to be displayed on the phosphorescent screen. But, luckily, one morning she read a Danish book that debunked all that. In the above video she boldly removes the case from her TV set and traces with her fingers all the little electronic cities and rivers that are the circuit boards and wires inside, and the "scientifical truth" dispels her irrational fear.

So the moral of her story is you shouldn't listen uncritically to poets. Also, I will add, she's lucky her fingers didn't explore a CRT capacitor too closely, or else she would have relapsed hard back into her fear of TV.

Preliminary investigations found that the co-pilot had, without telling the pilot, tried to turn off a circulation fan to prevent his e-cigarette smoke from reaching the cabin. But the co-pilot mistakenly switched off the air-conditioning unit that was next to it, resulting in insufficient oxygen in the cabin.

Posted by TSB at 5:25 PM No comments:
Labels: Most Head Shakingly Bad Thing of the Week 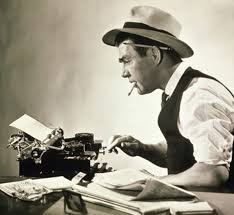 EPA Employees Told to Stop Pooping in the Hallway


Management for Region 8 in Denver, Colo., wrote an email earlier this year to all staff in the area pleading with them to stop inappropriate bathroom behavior, including defecating in the hallway. - Government Executive Magazine


Posted by TSB at 12:25 PM 7 comments:
Labels: Most Head Shakingly Bad Thing of the Week

Kudos are due to my good friends in the Bureau of Overseas Buildings Operations for constructing one of its largest and most complex Fortress Embassies to date. And not just for that, but also for building the new embassy facilities on the same site as the old embassy which remained in full operation the whole time. Quite an accomplishment of construction choreography!

I refer of course to U.S. Embassy Islamabad, Pakistan, where Ambassador David Hale dedicated the second and final phase of the new project yesterday. The work began in 2011 and involved over 10,000 workers, according to the embassy's own press release. Neither that nor OBO's press release gives the total project cost, but I would be very surprised if it did not exceed any other new embassy construction project OBO has undertaken so far.

This is a very welcome development, security-wise. While it is much less well-remembered than the 1983 bombing of U.S. Embassy Beirut, the 1979 mob attack in Islamabad was even more significant when overseas security standards - and funding - got rolling in the 'Inman era' of diplomatic security. See Chapter 7 of this publicly available source of information for a good summary of how State Department planners processed the experiences of a number of attacks from 1979 through 1985 and developed from that its current paradigm for tiered defense against mobs and bomb-laden vehicles.

In the 1960s and early '70s the big security threat to U.S. diplomatic interests was kidnapping and hostage-taking, but in 1979 the threat changed to attacks on diplomatic buildings. The 1979 Islamabad mob attack was the Ur riot, the one that typified this emerging new threat. What worked and what didn't work in Islamabad was studied afterward and the lessons learned were built into those Fortress Embassies that Congress began to fund a few years later, and is still funding.

There is a terrific first-hand report on the “Other” Embassy Attack of November 1979 — The Siege of Embassy Islamabad on the website of the Association for Diplomatic Studies and Training. Please take the time to read it this Independence Day holiday, since we feds are off work anyway. Imagine being among the 130 people trapped in the commo vault surrounded by thousands of attackers as the building burned and no host country response came. You might also read about it in the first chapter of Ghost Wars, which is titled simply "We're Going to Die Here."

The staff working and living in the new Embassy Islamabad compound today are incomparably better protected than were their predecessors, and for that we may thank their predecessors, as well as OBO for successfully implementing a massive job, and the Congress for paying an equally massive bill.