And the Last Word on The Sounding Board Goes to ...


To my good friends in the Bureau of Overseas Buildings Operations! Congratulations to all of you who used the Board to plead for rescue from the coming innovation of paperless design reviews.

I always took the The Sounding Board to be a harmless escape value for people who wanted to vent their frustrations, but, I totally stand with my OBO comrades in complete opposition to doing away with paper design drawings. Maybe no one who hasn't done the design review job will really understand this, but you can't keep a mental picture of the 3-D thing you are reviewing if you have to look at it through a series of 2-D keyholes. It just doesn't work.

So why does OBO management want to go paperless? I suppose because people just assume higher tech is always better. But paper is a technology too, and very plausibly a better one for the design reviewer's job. Bigger monitors on smaller desks - due to a simultaneous planned cubicle tight-sizing - will not help in the least.

If anyone in OBO reads this, please take up the cause after The Sounding Board closes tomorrow.


P.S. - About the monk and his manuscript above, a colleague of mine from years ago once asked me "how's the monastery?", by which he meant OBO. That was the perfect word for the place. Have you ever walked past the rows of cubicles on the engineering and architectural floors of SA-6, seen all the worker bees crouched over their desks covered with sheets of design drawings, pens and pencils in hand, surrounded by stacks of more design packages piled up around them, and imagined them as medieval monks in monastery cells pouring over illuminated manuscripts? For what is an architectural design drawing if not a modern-day illuminated manuscript? The illusion was even stronger in the days before CADD when they all did their drawing and drafting over a slanted desk, sometimes with a big magnifying glass.

That's how I see them. The monastery will just not be the same if it ever loses the paper.

Everybody Laughs at the Redneck Until the Flood Comes

I can't recall the WaPo doing this sort of thing before, but today it celebrated the virtues of rural blue collar men - you know, the pickup-truck-and-bass-boat crowd. The occasion was the water rescue work being done by rednecks Agro-Americans country gentlemen in the flooded city of Houston.

Read it here: In crises such as Harvey, you want outdoorsmen on your side:


The country is suddenly grateful for this “Cajun Navy,” for their know-how, for the fact that they can read a submerged log in the water, and haul their boats over tree stumps and levees and launch them from freeway junctions. There are no regulators to check their fishing licenses or whether they have a fire extinguisher and life preservers on board, which they don’t … Spending hours in monsoon rains doesn’t bother them, because they know ducks don’t just show up on a plate, and they’ve learned what most of us haven’t, that dry comfort is not the only thing worth seeking ... You can’t help but be struck by just how much they know how to do — and how much your citified self doesn’t. Trim a rocking boat, tie a secure knot, navigate the corduroying displaced water, and interpret the faint dull colors in the mist-heavy clouds.

Posted by TSB at 2:23 PM 8 comments:
Labels: Most Eyebrow-Raising Headline of the Week 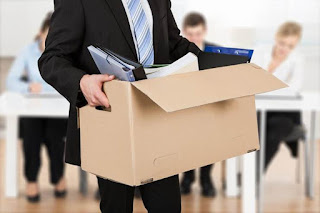 I see there has been another acrostic resignation letter. First it was the 17 members of the President’s Committee on the Arts and the Humanities. See their letter here, with its R-E-S-I-S-T message. I had never heard of that Committee before, and after looking at the examples of the "Committee's accomplishments over the years” that are highlighted on its About Us page, only three of which are from this century, I wonder what it was all those committee members did before they resigned and whether the taxpayers will miss them now that they’re gone.

And today it’s one of the Science Envoys the State Department employs as unpaid volunteers, a UC Berkeley professor named Daniel Kammen, who has resigned and put an I-M-P-E-A-C-H acrostic on his resignation letter. I'm sure he'll be missed. However, Science Envoys “usually serve for one year” as it says here, and since Kammen was appointed on March 31, 2016, it looks like he was due to leave about now in any case. So he added a little humorous touch to his inevitable resignation letter. How edgy, kind of.

No one enjoys that sort of gag more than me, you understand. All good clean bureaucratic fun. Back in the Cold War years, I managed to rename the branch for which I worked the “Certification and Core Chancery Policy” Branch so that it could have the office symbol “xx/xx/CCCP.” That office symbol was on the books for about two weeks before a senior official got the joke and changed it back.

About Mr. Science Envoy Kammen’s resignation letter with the IMPEACH message, though, how is it anything more than a puerile gesture? The audience for that is who, exactly, outside of his faculty lounge?

Nothing in the new fad of anti-Trump acrostics will have any impact on Trump himself, surely, or on anyone else who makes decisions for his administration. If it makes any impression at all on them, it will be to confirm the Trumpists’ preconceived opinion of government lifers and political appointees as a hostile Deep State that is to be dismissed or simply ignored.

Enjoy yourselves and resist away, all you many appointees and commissioners out there, but don’t pretend you’re not validating the negative expectations of the guy who got elected.

Posted by TSB at 7:00 PM 10 comments:
Labels: The Trumpening

"Responding officers let the husband know the honeymoon was over and his new wife was going to jail," said Sgt. Kyle Evans with the Murfreesboro Police Department.

As described in a Murfeesboro Police Department report, 25-year-old Kate Elizabeth Prichard, the bride, and her spouse were drunk and arguing outside the Clarion Inn and Suites when Prichard pulled out a 9mm pistol from her wedding dress, threatened the groom, "J-Rod" Burton, with it and then fired a shot into the air, causing bystanders to call the police.

The inevitable Facebook search resulted in a bit of TMI about the bride and groom. "In advance of her marriage, Prichard last month got a pubic tattoo declaring “Property of J-Rod.” The lucky J-Rod replied with "I love her crazy ass."

You may wonder whether or not this marriage can be saved. I say, why not? J-Rod has made his own mistakes with firearms in the past, when he was arrested in 2015 for shooting a member of a rival motorcycle club in the foot during an argument inside a Clarksville clubhouse. But he was given a second chance when a judge let him plead guilty to a reduced count of reckless endangerment. So I'm saying he should be slow to judge others.

Can these two crazy tattooed kids find happiness? I hope so.

Posted by TSB at 9:06 AM 14 comments:
Labels: Most Eyebrow-Raising Headline of the Week
Newer Posts Older Posts Home
Subscribe to: Posts (Atom)