70% of Federal Salaries Were Paid During the Shutdown


During the Great Government Shutdown of Fiscal Year 2014 (October 1 to 16) the U.S. Treasury reported paying out $6.246 billion in federal salaries and another $2.801 billion in insurance premiums for federal employees. That appears to be about 70 percent of the amount that would have been paid to salaries under normal operations.

So I guess we should call it the 30 percent shutdown.

It is an historic irony that our longest-serving Secretary of the Treasury, Albert Gallatin (1801 to 1813, under presidents Jefferson and Madison), would probably have backed the shutdown. As a Jeffersonian, he hated having a national debt at all, and devoted three quarters of federal revenue to pay it down. He helped to create the House Committee on Finance, forerunner of the modern Ways and Means Committee, and encouraged the tactic of withholding funds by the House as a method of exercising congressional oversight of the executive branch.

Government Reopens And It's All Unicorns and Rainbows

The deal was cut on Capital Hill last night, the debt ceiling was raised again (so we can add more to the 16.7 trillion we owe now), and today 800,000 Federal employees went back to work, joining the 1,350,000 who had been there all along.

The only cloud I see on the horizon is that the National Zoo's Giant Panda cam is still dark this evening. Let's get with it, people!

I don't get that. It doesn't cost anything to run a web cam anyway - and Ford is its corporate sponsor in case it does - so why can't Americans go back to watching non-stop panda adorableness? Unicorns and rainbows just aren't the same without pandas.

Hillary's Ticket: It's a Fair Cop

It's Day 15 of the government shutdown, assuming that Columbus Day counts. (Can you have a Federal holiday and a government shutdown at the same time, or is that like a double negative?) All I know is that I had to go to work again today, and I'm getting paid again this week, same as I did last payday. The crisis continues, I guess, but frankly, it's an abstraction.


The Westminster City Council warden put an £80 penalty notice on the former US secretary of state’s silver Mercedes vehicle in Central London while she was attending an event at Chatham House.

The warden then arrived and put a ticket on the car which had transported 65-year-old Mrs Clinton to the event, prompting her security detail to jump out of the van in protest, [photographer] Mr Brennan said.

The photographer claimed he saw one of the agents angrily waving his arms and flashing his badge to the warden, who remained unflustered and continued to issue the ticket to Mrs Clinton’s vehicle.


Judging by the photos that accompanied the news stories, I suspect that the angry arm-waiving was not done by her security detail, but rather by some senior official, presumably an American, who was waiting around outside while Hillary was doing her business in Chatham House.

The photo above shows the traffic warden with four men from Hillary's party. Three of the four are mature gentlemen with silver-grey hair, at least two of whom are unlikely to be security detail material due to their age and, well, gravitas. The third grey-hair could be a supervisory agent of some type, but I don't think so, based on the way he keeps well out of the action. The fourth man in the photo is younger and is the only one who is visibly wearing a lapel pin (a low-profile recognition device used by security details). None of the older gents appear to be wearing those tell-tale ear pieces. Deduction: I see one security agent and three geezers whose function is unidentified.

It was one of the three older gents who got in the warden's face.

All the officious arm-waiving was a waste of time, because the warden was not to be intimidated. England is the land of the Magna Carta, after all, where they invented the concept of equality before the law. Pay the £80, Mr. Senior Official, and let that be a lesson to scofflaws everywhere.

In America, You Break Law. In Putin's Russia, Law Breaks You

Check out the last ten seconds of NPR's interview with Thomas Drake, the NSA whistle-blower and drama queen, about his visit with Edward Snowden in Moscow: View of Snowden's Exile Life.

Drake said that Snowden chose "to escape the United States to have any chance at all of retaining his freedom and liberty."

Um-hum. He left out the part about how Snowden is retaining his freedom and liberty in Russia, as a guest of Vladimir Putin. 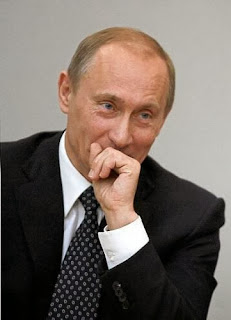 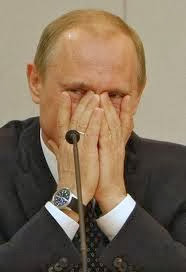 
“This interesting fish has swum into our nets of its own accord and it would be unthinkable of our special services to miss this rare chance to talk to a U.S. defector,” said Alexei Kondaurov, a retired general of the Soviet-era intelligence service. 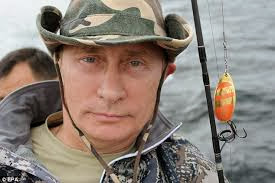 Young Mr. Snowden will be enjoying Putin's freedom and liberty for a long time to come, I think.


The WaPo is running a long End Of Week Two Story about the government shutdown (here), and I fully agree with this part:

The federal government has become the behemoth that cried wolf. For more than two decades, budget brinksmanship has been such a mainstay of Washington politics that many Americans long ago grew skeptical of claims that if one deal or another weren’t made, the Statue of Liberty would close or the nation’s highways would seize up in the mother of all gridlocks.

But the reality is that the government is too large and too complex for something as dramatic as a shutdown to cause anything as dramatic as an actual shutdown. At the peak of this latest closing, 800,000 out of about 1.9 million civilian federal employees were put on ice. Many arms of government still had half, three-quarters or even nine-tenths of their workers coming in every day, despite the closing of the money spigot.


"The government is too large and too complex for something as dramatic as a shutdown to cause anything as dramatic as an actual shutdown." Um .. okay .. if that means what I think it means, I agree. The administration has to dramatize the real shutdown - that is, the budget impasse - by staging a phony shutdown. Hence, the passive-aggressive nonsense of roping off open air monuments on the Washington Mall and scenic overlooks in national parks to make the impasse visible to Joe Citizen.

Would Joe Citizen otherwise notice the shutdown that some parts of the federal government are not at work? Truthfully, no. Not unless he's employed by the feds either directly or via a contractor, or married to someone who is, or gets a check from some social program or other, or works for a business that gets regulated. That's a lot of people, but not nearly so many as the Washington hive assumes.

Meanwhile, I'm warming up my soup.

Government Shutdown Day 4, And It's Pretty Much Total Apocalypse 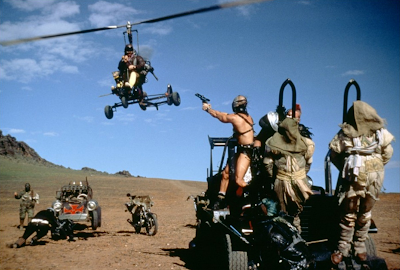 It's bad, all right. The National Park Service has closed its parks and monuments. The National Zoo's beloved Giant Panda Cam has gone dark, even though it says it's sponsored by the Ford Motor Company Fund, and I didn't think Ford was shut down, too. U.S. Embassy Twitter feeds are not being regularly updated "due to the lapse in appropriations" necessary to do so (what?).

Government Shutdown Theater aside, my sympathy goes out to anyone experiencing financial distress. All you can do is be prepared to ride it out, and remember that these lapses in appropriations rarely last more than a week or two. As a commenter told me, it's time to practice the ancient art of home economics until this shutdown blows over.

"Man Crushed To Death By 1,100 Pounds Of Weed In Police Chase" (Da Hora Bataguassu, via Jalopnik)
Posted by TSB at 4:29 PM 5 comments:
Labels: Most Eyebrow-Raising Headline of the Week

NPR ran a calm and measured short history of government shutdowns yesterday, which I thought was a most welcome change from the otherwise hysterical media coverage of Washington's budget impasse. Did you know that these shutdowns used to treated with a big yawn? They were.

"In the '60s and '70s down until 1980, it was not taken that seriously at all," says Charles Tiefer, a former legal adviser to the House of Representatives, who now teaches at the University of Baltimore Law School. In the old days, he says, when lawmakers reached a budget stalemate, the federal workforce just went about its business.

"It was thought that Congress would soon get around to passing the spending bill and there was no point in raising a ruckus while waiting," he says.


Ah, the good old days. "No point in raising a ruckus" about a passing event that is, in any case, an inevitable consequence of our system of divided government. Such an adult attitude. But then, we didn't have the internet back in the 60s and 70s, or even cable TV, so how would you raise a ruckus in the first place? By the time you did that with print media, I suppose a new budget would have been approved.

It was Jimmy Carter's administration that invented Government Shutdown Theater. Turning Boy Scout Troops away from a closed Washington Monument, predicting that airplanes will fall from the skies and farmers will wander the earth not knowing what to plant without their Federal controllers and extension agents, and all that. I don't see how that was an improvement, but maybe it took people's minds off of the economic stagflation and 'odd/even' gasoline rationing that Carter had going on.

In the years leading up to [AG] Civiletti's opinion, budget standoffs lasting a week or more were commonplace. But after the opinion, no standoff lasted more than three days until the epic government shutdowns of 1995.


The WaPo has a list of the 17 previous government shutdowns since 1976, when the current budgeting process took effect. These things are not that unusual, and are normally over in a few days. Until then, it's best to remain calm and carry on, as the posters say. Complaining to your Congressman, bitching to the newspapers, and - most of all - picketing either Congress or the White House, are silly and counterproductive.

Fellow Feds, I say, don't be a bit player in Government Shutdown Theater. Refuse to raise a ruckus while we wait for a resolution. It would be quite pointless anyway. Outside the bubble of Washington DC no one, but no one, feels any sympathy for a class of people who make more than the average American, have better employment benefits than almost anyone else, and are least likely of all to be affected by the severe economic downturn that's going on out there in Real America. Those of us who don't get out of the bubble much need that tough love message occasionally.

I know it's easier said than done, but really, the best course is to relax, light up a smoke (at least metaphorically), and ignore the breathless panic-mongering that feeds the 24-hour news cycle.