A Futile Exchange of Letters On Benghazi, But A Bit Of News About The ARB 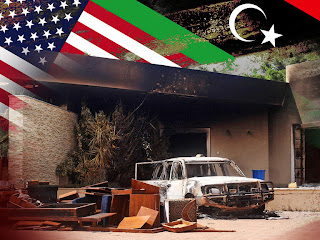 Well, that was fast. The Department has already responded to Chairman Issa's letter of earlier today with his several questions about security matters in Benghazi.

True, Hillary sent a non-answer answer, but that's all you would expect at this point. Things won't get real until Issa's committee holds hearings with Department witnesses.

One bit of news (to me, anyway) in her letter was the identification of the members of the Accountability Review Board. They include Richard Shinnick, a retired very senior management officer who served as Interim Director of the Office of Overseas Buildings Operations (OBO) a few years ago, where he picked up the pieces after General Williams marched off to do whatever it is he's doing now.

Mr. Shinnick (it is a mark of my regard for the man that I always think of him as "Mister" Shinnick) was a New York City firefighter before he became an FSO, and I remember him as a pillar of commonsense and good judgment back in the era of the first big push to increase security of our overseas missions during the late 80s and early 90s.

I was a callow youth working as a contractor in DS then, and was often sent to handcarry policy memos around to Department big-shots for their clearance. I got a frosty reception from many of them, since they tended to see the emergence of security standards as a zero-sum game in which any Diplomatic Security gain was a loss for their Office or Bureau. But Mr. Shinnick was always polite and reasonable, and he would spend his valuable time discussing whatever the issue at hand was while he read and initialed my bundle of memos. He gave me a candid education in how the Department and its interoffice politics worked, especially as regards DS and OBO. You don't forget that kind of thing.

I already thought Ambassador Pickering was an excellent choice for Chairman. Now, with Mr. Shinnick on board, I think this ARB might actually come to some useful conclusions about how we should proceed with overseas security in the aftermath of the Benghazi incident.