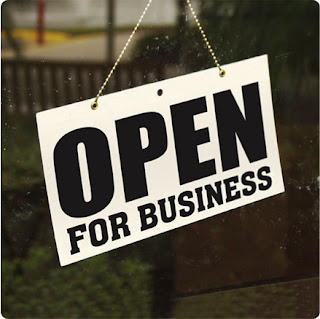 TSB: Great post! President Obama also gave a great press conference today indicating the 'threat stream' is receding by bouncing up to the podium, joking,being Presidential etc. For the 1st time we now know that he was concerned about NSA long before Snowden. Looks like nothing to worry about til the next threat. gwb

TSB: Good News! McCain will be on Fox Sunday to tell us how the coup in Egypt is going and explain how El-Sisi is different than Nasser or Ghadaffy. http://bit.ly/19a7Riv

Of course, I'd rather see Pepe Escobar explain it all! gwb
Vlad The Hammer vs Obama The Wimp
http://www.atimes.com/atimes/World/WOR-01-090813.html

TSB: Daring Adventure is back in town and half of them is on to Tokyo. That should about double the humor content on State blogs!
gwb

ADA (even at half strength) will liven it up, for sure.

TSB: Abe isn't going to last long because of this. The corporate media has buried this story for a couple years but that never ending
flow of sr90 won't take long to make it's way into little kids bones. The guy who was in charge of the Tepco 'emergency' just died last week. Nice cover-up Tepco! gwb

TSB: As best I can tell McCain went to Egypt so he could come back
and talk about Syria. Apparently Prince Bandar went to Moscow to get Putin to quit talking about Egypt or Syria but Putin was busy.
Lindsey Graham just likes to travel with McCain and keep up with what's happenin. gwb

TSB: Obama is talking with Jay
What did this stooge have to say?
Some intricate lying
On NSA spying
While Russia gets tagged anti-gay
The Limerick King
http://www.zerohedge.com/contributed/2013-08-10/nsa-419
(don't let Claire McCaskel see this) gwb

TSB: Leakers,leakers everywhere.
I liked the one about the intercepted 'conference call among al quaeda leaders' that NSA was able to decript.

But now we have Yemeni security officials laughing about our propaganda that gets echoed by all the 'state media' types. I wonder if they are trying to find him?gwb

TSB: Maybe this is why Prince Bandar suddenly had to fly in to Moscow and offer to buy billions of Russian arms to get Putin to return all the asylum seekers??? gwb

TSB: Here's the video. Looks like Michael Hastings got blown up by the Stasi's for committing journalism. I wonder who left that video laying around? gwb

TSB: "Bamboozle Em With BS" It's harder to figure out than a Chicago bus schedule! gwb

http://www.zerohedge.com/contributed/2013-08-14/obama-not-worst-president
TSB: George Washington says it well. When is the last time we actually had a President? I used to think it was Carter but given what we've learned in the last few years about Kennedy and Eisenhower maybe it was Roosevelt? All we have now is a song and dance troupe' Hillary, Barack and Kerry'
gwb

TSB: It looks like Putin had 4 hrs to talk to Prince Bandar. Bandar yesterday was talking to Al Sissi when Obama couldn't get thru and Bandar has ignored Obama's invitation. I just heard Marc Ginsberg say we must now send Kerry to Egypt... I say send Kerry back to 'Isabelle' and have him rescue a sinking sailboater. gwb

http://www.independent.co.uk/news/world/americas/area-51-is-out-there-us-government-admits-existence-of-airbase-shrouded-in-mystery-8770918.html
James Clapper will probably be on all the Sunday shows to explain.

GWB: The Area 51 reports are pretty good. I browsed some of them last night. The extreme altitude of U2s (higher than the public knew was possible in the late 50s & early 60s) caused a spate of UFO sightings by commercial pilots who saw shiny flying things way, way, up there.

I like the idea of Kerry rescuing a drowning millionaire on Nantucket or in the Vineyard. Hey, he and Obama ought to coordinate vacations! That way POTUS could get a ride on Kerry's sit-on-top kayak, and it would count as a manly photo-op for both of them.

I've had ex-service friends in the radar world tell me stories about the U-2's and SR-71's. Did you know Powers ended up in LA as a helo driver for traffic reporting. At least that's what I heard. Wonder what ever happened to Col. Abel?

TSB: I think this is part of the new 'security openness' to take the heat of NSA.. but I was thinking about that freighter that crashed in Alabama the other day apparently after an explosion. Those flight recorders are never any good after a 12 hr fire.. why not upload all that data in real time to the NSA/ntsb division? gwb

James: I remember Powers' late career in LA radio traffic reporting. He never got the recognition he deserved, partly because he wasn't free to speak and correct some early mistaken reporting about his conduct in Russian captivity. His son created a Cold War museum in his memory.

IIRC, Powers crashed because his chopper ran out of fuel.

James: Abel died of lung cancer on November 15, 1971. His ashes were interred at the Donskoy Cemetery under his real name, and a few Western correspondents were invited there to view for themselves the true identity of the spy who never "broke".[66]

and.. in Wikipedia that is a loooong story! gwb

GWB,
I wonder if Mr. Snowden will go the way of Abel and Philby?

TSB: President Obama is getting hammered from all sides so he has ordered General Dempsey to ramp up a humanitarian intervention in Syria. Dempsey said it would be a terrible mistake but after considerable deliberation Obama is taking charge and Centcom Jordan is ready to roll! Assad is the new Bin Ladin! (stand by for rumors)gwb
http://www.debka.com/article/23199/New-Centcom-underground-war-room-in-Amman-for-US-intervention-in-Syria

James: I don't think Snowden will go the distance in Russian exile. He'll probably move to some neutral country (Sweden?) in a few years, and then either negotiate a return to the U.S.A. or settle in and become Swedish. Philby, Burgess, Maclean, et al, were ideological types who at least had the courage of their political convictions.

James: Snowden is a hero in my book
and his videographer is currently in Berlin.. no doubt planning some pre-election mischief for Merkel.

Greenwald's 'partner'(Miranda no less! was detained for 9 hrs yesterday by British Intelligence and all his electronic stuff seized. I didn't realize Greenwald had a 'partner'
til now.gwb http://www.theguardian.com/world/2013/aug/18/glenn-greenwald-guardian-partner-detained-heathrow

He probably got the American version of 'Miranda Rights':
http://www.zerohedge.com/sites/default/files/images/user5/imageroot/2013/08/Miranda%20Warning.jpg

GWB,
Snowden is a hero in my book. I understand this position and sentiment taken by you and many people and there is a lot to be said for it. i am also well versed on the arguments pro and con of whether he should have stayed in the system. I do not consider him a traitor, that's a discussion for another time. My problem with Snowden is he volunteered for the job and signed legal agreements for the job neither of which was under duress. Then he directly involved hostile powers in the affair. This I consider very dangerous. Yes I understand what he's revealed speaks to our fundamental rights but he's also exposed us to existential danger which had better be considered. And now I must draw a breath and get off my soap box!

Re Greenwald's partner (his partner? I didn't know he was a lawyer - just kidding) the NYT reported today that Mr. Mirada was acting as a courier between Greenwald and a German collaborator, which seems to make his airport search a legitimate investigation rather than (more than?) harassment of Greenwald.

"He [Miranda] had spent the previous week in Berlin visiting Laura Poitras, a documentary filmmaker who has also been helping to disseminate Mr. Snowden’s leaks, to assist Mr. Greenwald. The Guardian had paid for the trip, Mr. Greenwald said, and Mr. Miranda was on his way home to Rio de Janeiro."

TSB: Some interesting reporting today from the editor of the Guardian about events leading up to Miranda's detention. Moneyline: 'Hitler and Stalin must be spinning in their graves." gwb

It's some strange stuff - UK authorities telling the Guardian to smash their hard drives? I think something isn't getting through the English-to-English translator; maybe destroying the drives was a compromise so the government wouldn't have to seize and search them? I don't know.

James: That was some really good soap box! gwb

TSB and James: This Independent article today may be addressing your concerns about existential threats and the 'miranda' incident.

GWB: For someone such as I having the morals and ethics of Daffy Duck, soap boxes can be very dangerous for me. I usually avoid them at all costs!