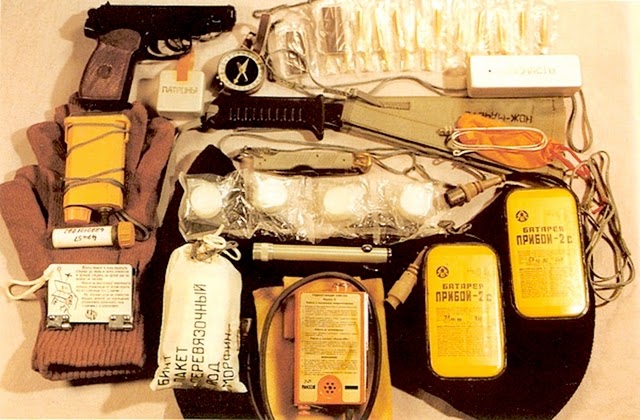 Step over and stand on the Comrade Hal. Very good, this will only take a moment.

TSB;James: Now you guys have
Hal upset and he's working with Putin to mess with State! gwb

Years ago I made it to the Smithsonian Air and Space for a space capsule (US and Soviet) exhibition. Very interesting, some of it pretty funny. One Soviet capsule had printed in 4 languages on the outside that there were real people inside and to get help. Gives you an idea of how confident they were of reentry accuracy. Another Russian one talked about the crew having to stay in the craft for almost two days because of wolves, and were only rescued by farmers. And to think our guys only had to almost swim to Hawaii once.

James: I remember when that Russian crew was lost for two days after re-entry. That was some space program they had back in the USSR! Have you read Red Star in Orbit, a history of their program by a NASA scientist named James Oberg?

Of course I couldn't resist commentary on this subject from that great Western Philosopher Slim Pickens:

Life imitates art, which is something that happened a lot with that great movie.

TSB: Meaning no disrespect to the fine men and women in military intelligence, maybe the reason we don't pay ransom money to ISIS is because whenever we try to get somebody with ransom we get hornswoggled. gwb
http://www.washingtontimes.com/news/2014/nov/19/inside-the-ring-ransom-paid-for-bergdahl/