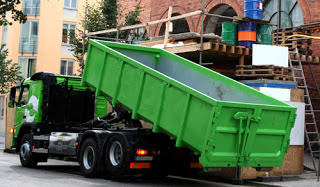 Ho Ho Ho TSB: I haven't gotten to all those emails yet but here is document that might be more important. It closes the loop on how Turkey-Iran-UAE-Russia-China and Switzerland evaded US sanctions on Iran, got rich doing it and then 'poof' disappeared with all the money! One of the key cities in this was 'Shiraz,Iran', birthplace of one Valerie Jarrett.

Jarrett was born in Shiraz, Iran, to American parents James E. Bowman and Barbara Taylor Bowman. One of her maternal great-grandfathers, Robert Robinson Taylor, was an architect who is sometimes cited[by whom?] as the first accredited African American architect. The other important player not revealed til now is the son of the Emir? of UAE. A third is Erdogan himself.
ISIS is the other link because since 2013 Turkey has been buying and selling their oil and supplying weapons and Jihadi's. (NATO didn't have a clue.) Here is the piece. Reuters reported the whole thing leaving out the UAE principals:

Gold.AE is a subsidiary of Gold Holdings Ltd, a company which is owned by SBK Business Holdings and Abu Dhabi's second in command, the son and avisor to the ruler of Abu Dhabi, Sheik Sultan bin khalifah Al nahyan
All of this brings us to today, and the following letter which the suddenly very unfortunate clients of Gold.AE aka "Your Gold Bank", just received. which informs the clients that 'sorry, your gold just disappeared and so did the guys who ran the company. please be patient while we try to reconnect you'

TSB: It's a good thing that (quoting Ben Bernanke) gold isn't money because some folks just lost a lot of it! gwb

GWB: The Sheik was last seen humming this:
https://youtu.be/yeRv3_95iZk

I didn't know that bit about Jarrett's grandfather, but now that I look him up I see the Post Office issued a stamp in his honor this year. Personally, I think Benjamin Banneker deserves the honor, but then, he was self-educated rather than academically trained. Plus,