USAID, Brother, It's Starting to Rain 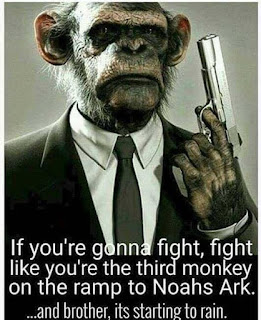 Browsing the news about budget cuts, government reorganization, and the likely dismantling of USAID, I came across this Moment in Diplomatic History from the website of the Association for Diplomatic Studies and Training: The ACDA-USIA Merger into State — The End of an Era .

ACDA? USIA? That era ended so long ago that many currently-employed types might not remember those agencies, but they were once independent foreign affairs agencies until they lost a political fight and were absorbed into the State Department.

As the Cold War began to go into full swing, the United States soon realized the need for distinct agencies that would operate outside of the existing federal executive departments. Accordingly, independent agencies such as the U.S. Arms Control and Disarmament Agency (ACDA) and the United States Information Agency (USIA) were created in 1961 and 1953 respectively to address new challenges and issues that were occurring in the ideological struggle of the time.

However, as the conflict gradually came to an end, certain individuals such as Senator Jesse Helms (R-NC), who was the Chairman of the Senate Foreign Relations Committee, began to see these organizations as superfluous and unwieldy and viewed them as “Cold War agencies.” He then pushed to fold them into the State Department. With the Foreign Affairs Reform and Restructuring Act of 1998, both agencies were fully absorbed into the State Department by 1999.

When the Cold War was over, Helms, as the powerful Chairman of the Senate Foreign Relations Committee, led a campaign to eliminate the three foreign affairs agencies – USAID, ACDA, and USIA – arguing it was necessary to cut costs and reduce the size of government. His primary targets were USAID and ACDA. He was not opposed to an independent USIA, but the Agency got swept up in his larger argument about the need to eliminate government agencies.

When these issues were debated in the first Clinton Administration, Vice President Al Gore and Elaine Kamarck, one of his senior staff advisors, led a vigorous campaign to maintain the independence of the three agencies. In letters to Congress, they argued their merger with State was unwise organizationally and would not save money. The Advisory Commission was deeply involved in this discourse and supported USIA’s independence.

In 1996, however, the politics changed. Incoming Secretary of State Madeleine Albright wanted to have a good working relationship with Senator Helms as Chairman of the Foreign Relations Committee more than preservation of the three agencies. As President Clinton confirmed in his recent memoir, My Life, the administration needed the Committee’s support for its Chemical Weapons treaty. The reorganization of USAID, ACDA, and USIA was part of the deal.

When the dust settled in 1999, USAID had effectively fought to remain semi-autonomous. ACDA preserved its organizational coherence within State. USIA’s activities were decentralized throughout the Department.


One of the ways USAID fought for its survival was to do a data call and document how surprisingly few of its development dollars ever ended up with foreigners; a large portion of its budget stayed with contractors and vendors inside the Beltway, or so it told Senator Helms, anyway. But even that ploy might not help USAID this time.

With such a heavy budget rain about to fall, it looks like it's the end of foreign aid as we know it.

I don't know. It seems things are so out of kilter that maybe it would be a good idea to scrap the lot and just start over.

TSB: This gridlock is kinda fun! Now the Dems have shown the R's they can keep Obamacare from being replaced one week at a time until the 2018 elections with 1 wk continuing resolutions. Time for another 'false flag' or maybe kidnap somebody on the appropriations committee? gwb
Actually I would love to see somebody kidnap Greenspan with a list of demands. MSNBC'S revenues would skyrocket.

TSB: "This Is A Coup": Masked Men Storm Macedonia Parliament - Live Feed
We may need to try this since the most popular politician in the country had no chance proving we can no longer vote our way out of bankruptcy, death and corruption. gwb

James: I think the plan is to scrape most foreign development aid and NOT start over. I've been thinking about it, and I wonder if there has ever been a case of development aid working, that is, resulting in a receipient nation that is actually developed and no longer needs foreign assistance. If there aren't a lot of those examples, then what have we been funding other than a development aid industry?

TSB: Trump's Second Obamacare Repeal Attempt On The Edge Of Collapse: So far the score is Trump 1 Congress 0 as far as campaign promises go. Congress doesn't want to get anything done
and they are doing a great job of it. My Rep. Jamie Butler (R) won in a landslide promising to replace O'Care with something much better. She never could decide on supporting ANY candidate and she hasn't been able to decide on ANY healthcare plan! Just leave everything alone.

So it looks like Paul Craig Roberts was right when he said: "Everything changes after March 28th because of the debt ceiling." It didn't matter what Trump pushed for first. Nobody would have been able to make up their mind on it in time to get it through and now time has run out.
You go back to business as usual or you don't get any money. Healthcare is going to eat the economy alive because we don't get any bang for our buck. This is happening all over the world because the US is a major supplier of everything from bandaids to heart surgery. They are just going to have to feed money to the beast until the beast eats them alive. Trying now to think what the next crisis will be? Probably Korea all summer and then our elected Reps will be back from vacation and will decide it's all Putin's fault. gwb

Thank God TSB! We might have an exciting summer after all.
Congress Refers Hillary's Private Server Company To DOJ For Prosecution (The Scapegoat is coming home to roost.) And they also announced a Justice investigation into Huma's family. Time to start polishing those lamposts Hillary was talking about. gwb

I have been shamelessly using the above photo.

James: Feel free! For me, it's the suit and tie that makes that photo work.