Morale and the Trust Deficit 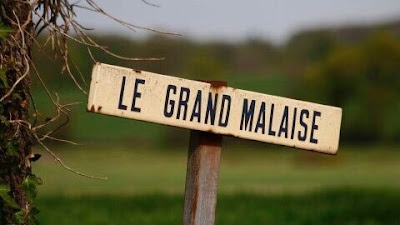 It's been almost exactly two months since the last public announcement about the Department's redesign planning.

The Secretary’s Message on the Redesign went out on September 13 ("I am writing to update you on the progress of the redesign. This ongoing effort to transform the State Department and USAID to be more effective and efficient would not be possible without you") along with four charts on the redesign team composition. On September 29 the Deputy Secretary briefed Congress ("the Redesign provides a new foundation for our diplomacy and development professionals to define America’s leadership in the world for generations to come"). There's been nothing further from them since then.

Of course, every day there has been another news story blaming Silent Rex for the evisceration of the State Department and the purported rock-bottom morale of its employees. Yesterday it was CNN: “Tillerson under fire for turmoil at State: ”


As the battle over staffing unfolds, multiple sources tell CNN morale inside the State Department is at the lowest level in years, largely because of the perceived talent flight and an insular and distrustful approach from Tillerson and his team that's being interpreted by longtime employees as not valuing their input.

The rebukes [that is, Senate Foreign Relations Committee Chairman Bob Corker's complaints] mark the latest headache for Tillerson, whose rocky first year in office has been marked by disagreements with President Donald Trump and an inability -- or unwillingness -- to connect with career staff at the State Department, which has led to plummeting morale.


Insular, distrustful, and unable or unwilling to connect with the staff, whose morale then goes plummeting? Pardon my insensitivity, but that sounds like Tillerson is accused of not doing enough hand-holding with Generation Snowflake.

And then, there is the downsizing of the State Department. But we’ve been there before. Back in the Bill Clinton administration the State Department cut more than 2,000 employees and closed consulates in 26 foreign cities. The Agency for International Development (AID) closed 23 missions overseas. Staffing has been both higher and lower in the recent past than it is right now.


The Office and Management and Budget has ordered the State Department to slash 8% of its full-time employees [which cannot be met by normal attrition alone, hence the hiring freeze and the possibility of buyouts].

Still, State Department officials are pushing back on assessments that Foggy Bottom is hemorrhaging talented employees. They argue there are more senior diplomats on hand today than at the beginning of the Obama administration.

There are currently 983 senior foreign service officers, with 63 more waiting for Congress to approve their promotion to senior tiers, according to State Department figures. This is more than the 931 when President Barack Obama took office in 2009. (There were more than 1,000 senior foreign service officers on hand at the height of the Obama years.)


CNN also states that "Tillerson has approved 2,300 exemptions from the hiring freeze as of last month, according to the State Department. That includes more than 300 foreign service officers and 150 civil service staff employees."

Assuming those numbers are correct, in what way are the current budget and staffing situations either unprecedented or a hollowing-out of the State Department?

Then there was this:


Trump's assertion earlier this month that "I am the only one that matters" in formulating foreign policy has also contributed to widespread unease that career expertise is not valued.

Who can deny it? The President is, in fact, the one who really matters in regards to national policy.


"The State Department has a history of frank discussion before policy decisions are made," McEldowney [Nancy McEldowney, who last June resigned as director of the Foreign Service Institute] said. "But we were told early on there is a 'trust deficit' and if you want to rebuild that trust, get in line and follow the policy.' But internal debate does not equal disloyalty or disobedience. Quite the contrary."


And yet, after the frank discussion and internal debate, elections do have consequences. There can be no effective difference between the President and his Executive branch on policy matters.


Said one career officer of the foreign service: "We have always been a grumpy group" … "This is not just about how the place is managed. It is about the politics, policy and a whole approach to diplomacy. We are a country in the midst of serious political change that will have a profound impact on how we do our foreign policy and people are having to come to terms with that."


That anonymous career officer hit the nail on the head. The political pendulum swings both ways, and if you intend to have a government career of any length at all, you will sooner or later have to come to terms with serious political changes with which you disagree.

Are you genuinely distressed by ideas that run contrary to your worldview? Then get over it. Just remember that the most meaningful difference between any President of the United States and you is that he or she got elected and you did not. Until the pendulum swings back your way, you will simply have to endure the politics and policies of others.

Posted by TSB at 7:16 PM
Labels: The Trumpening

TSB: The Queen will have none of this "Malaise" ! She's out horseback riding on her 70th wedding anniversary! Great pic! gwb
http://www.dailymail.co.uk/femail/article-5097389/Anniversary-canter-Queen-enjoys-horse-ride-Windsor.html

As a FSO of seven years now, I think it's appropriate that your column was written in Halloween colors of orange and black, as it's quite the horror, perhaps written by one of the inept and poorly selected denizens of the Dotard-in-Chief's White House. Out of touch and downright creepy!

Thanks for your comment. As an FSO of seven years, then, you've never before experienced a political transition. Some people have a hard time adjusting to serving administrations they dislike. My advice remains: get over it.

This one cracks me up because it contains "real news". First of all he pleads guilty to the charges while applying his trademark spin to the response. Secondly , I never knew Charlie considered himself a journalist. He is an in-depth softball interviewer of establishment types who has never broken a big story in his life. He knows how the game is played and has never not toed the party line.
When he interviewed Bernie he was shocked to learn that single payer health insurance might be cheaper than Obamacare or that he could possibly compete with all Hillary's money. But imagine the shock to walk in Charlie's office and finding him naked! LOL gwb

This is the first time I've ever found anything the least bit interesting about Charlie Rose. Really, he ought to package himself for a whole new career doing a shame/apology tour.

TSB: And a good lol to you sir! gwb

TSB: This "women staffer thing" is starting to remind me of tsunami. Picture Rep. Conyers in an inner tube with Ryan throwing him a rope. There goes Ryan's
2020 VP bid. It's hard to teach these old dogs new tricks. gwb http://www.zerohedge.com/news/2017-11-20/now-sexual-harassment-noose-falls-upon-rep-john-conyers

Skep, you GWB have good Thanksgivings.

James: Thanks, and I hope you have a happy (and non-politicized) Thanksging yourself.

Happy Thanksgiving to you James and TSB! Don't politicize it but here is how some anonymous guy spent about $38 million buying Gorsuch on a seat on the Supreme Court. It's basically just an auction between the billionaires. gwb