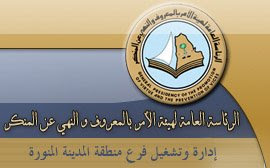 I've added a new link to my sidebar, one that connects to a Google language tools translation into English of the official website of the Saudi Arabian General Presidency for the Promotion of Virtue and the Prevention of Vice, commonly known as the "Mutaween" or Religious Police.

I've been looking at that Arabic-only site for years, trying to puzzle out the meaning of its articles. Finally, it struck me that you can translate websites via Google's language tools and - voila! - now I can read it at last.
Posted by TSB at 8:50 AM
Labels: Religious Police, Saudi Arabia