From My Elite Island 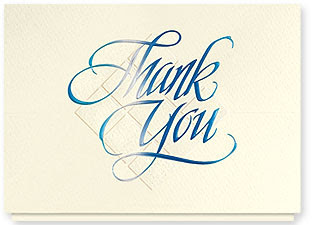 Cato's Director of Tax Policy Studies is just rehashing a USA Today story, but he adds his own touch of hyperbole.

[USA Today's reporter] finds that since the economy fell into recession, the number of federal workers earning more than $150,000 has more than doubled. The federal government has become extremely bloated and top heavy, even as families and businesses across the nation have had to tighten their belts. With 383,000 workers earning six-figure salaries, the government has become an elite island of overcompensated administrators immune from the competitive job realities of average families.

Elite island? I can't speak for every overcompensated Fed, but I work in distinctly ordinary Rosslyn, Virginia.

Federal government salaries are an old topic for Cato, and - while I acknowledge having a personal interest - I think their outrage is a bit over the top. Statistical comparison of the federal workforce with the general U.S. population is obviously irrelevant. Direct-hire federal employees are too few, too professional, too old, and too concentrated in a few high-price urban areas to be typical of the workforce as a whole. Moreover, there is the matter that most federal employees need to get and keep a personnel security clearance. Doesn't that requirement create a barrier to entry into the federal labor market with the likely effect of biding salaries up?

The Cato Institute could develop a free-market economic explaination for the level of federal salaries, which would possibly be of use to public policy makers. Or, it can just keep on bitching. Either way, I'll be cashing my paychecks every two weeks here on my elite island of overcompensated administrators.
Posted by TSB at 10:47 AM
Labels: Cato Institute, Elite Island of Overcompensated Administrators

Kolbi at A Daring Adventure shot me a link to this topic. I am worried that with the recent USA Today article on public v. private salaries, and how the economy seems to be going, that government salaries and benefits are going to be a target in the near-term.

Hi! I don't think there is much cause to worry that federal salaries and benefits will decline or be cut - rightly or wrongly, good thing or bad thing - since they are pretty much locked in via complicated regulations and collective bargaining agreements.

Anyway, despite the occasional press story, the disparity in public versus private sector compensation is really the result of structural differences and not political favoritism. The federal workforce is much more heavily weighted toward professional occupations, higher educational levels, longer seniority, and is concentrated in a few high cost-of-living metropolitan areas. So comparisons with the national average compensation are spurious.

By the way, the Office of Management and Budget Director took up the defense of us feds in the Washington Post today. See: