Bad Boys, Bad Boys, Whatchagonna Do When The Kingdom Comes For You? 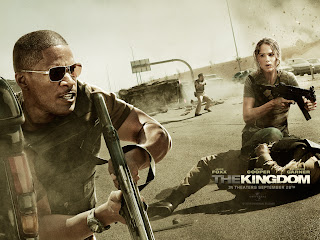 H/T to Crossroads Arabia for posting news of this development.

[T]he Saudi government is going to establish its own bureau of Diplomatic Security, Saudi Gazette reports. The move seems to be setting up an office somewhat similar in its mission to that of the US State Department’s Diplomatic Security Service (DSS) in that it will protect missions and diplomats abroad as well as foreign missions within the Kingdom.

The Saudi Gazette story is linked in the Crossroads post, and it says:

Teams of commandos, officers and non-commissioned officers will be trained specifically for the unit known as the “Special Forces for Diplomatic Security”.

It will fall under the Ministry of Interior, said Al-Hayat Arabic daily, quoting informed sources.

This new unit sounds similar to DSS in that it will protect Saudi Ambassadors and diplomatic missions abroad, however, I suspect its function might be limited to personal protection, i.e., bodyguard stuff, rather than encompassing the full range of security responsibilities. The fact that the unit will be located in the Ministry of Interior - the police and counterterrorism arm of the Kingdom - rather than in the Foreign Ministry, reinforces my assumption that this is more of a bodyguard and armed response force.

Of course, this being a Kingdom Of Saudi Arabia operation, the unit will lack for nothing in the way of hardware and resources:

Members of the unit will be armed with the latest sophisticated weapons.

They will be trained to protect diplomatic facilities and residences, and escort ambassadors on official business.

They will also have special training in anti-terrorism methods and air-borne exercises and drive special armored vehicles used to guard diplomats and missions.

With all that stuff, the Kingdom ought to field a totally kick-ass DSS equivalent unit. Not unlike the 2007 movie, only without a Jennifer Garner equivalent, I assume.
Posted by TSB at 8:59 AM
Labels: DSS, Kingdom of Saudi Arabia

His best bet is to be adopted by
"Occupy America"... in portland they have most of the downtown big banks occupado or closed. very rainey but lots of music and dancing. Only 10 arrests so far. all the local stations are covering it.probably 250 police involved gwb

TSB: I knew I remembered Dorley Rainey from 1970. She ran for Seattle City Council back then, above is her blog. She worked for the US Army as a translator til 1956 in Europe and has been working for peace since WWII. gwb

MAYDAY! MAYDAY! Chautauqua Fl:999
Scramble the F-16's! The pilot's locked in the bathroom and somebody
has a middle-eastern accent!
(no good deed goes unpunished! He's lucky the passengers didn't kill him.) gwb

Good point about the passengers. People who can't speak English without an accent should stay away from cockpit doors if they know what's good for them!

I think there is a movie in here somewhere. Where's Leslie Nielson when you need him? We could have "Big Sis" and the Arizona governor on the flight from Phoenix, John McCain, Joe Paterno,
and the singing nuns and Sarah Palin as the flight attendant who passes out in the back of the plane. ?? gwb

...and FEDERALE seated between the gay women's basketball coach and the huge red headed defensive coordinator from Penn State! gwb