Who Gets Diplomatic Immunity? (Technical and Administrative Staffs Do) 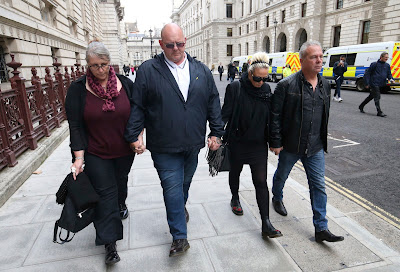 Today, Radd Seiger, the spokesman / lawyer for the Harry Dunn family announced he will demand documents from the UK Foreign and Commonwealth Office in an attempt to prove the American driver in the case was not entitled to diplomatic immunity.


"What Mark [Stephens] and I are going to do, is we are going to write to the FCO very shortly, explaining that we don't want to do a judicial review, but to avoid that, please let us have the following documents - all e-mails, messages and notes in relation to your advice to Northamptonshire Police that this lady had it [diplomatic immunity].

"What we don't know is whether somebody cocked up or whether they were put under pressure by the Americans to concede.

"But we want to conduct an investigation into the FCO's decision to advise Northamptonshire Police that this lady had the benefit of diplomatic immunity.

"If we're not satisfied, then we'll go to a judicial review and ask a High Court judge to review it all."


That is the argument which has been pushed all along by activist-lawyer Mark Stephens, and it consists of noting that the American driver's U.S. government employee husband is not named on a diplomatic list published by the UK. Stephens, by the way, evidently lifted that idea from retired UK Ambassador Craig Murray, as Murray explains in great and readable detail here.

Both Diplomatic Agents and members of Administrative and Technical Staffs, as well as their families, enjoy full diplomatic immunity from criminal jurisdiction in the receiving state. A and T staffs do not receive immunity from civil jurisdiction except for acts performed in their official duties, however, and that may be relevant to the Harry Dunn case.

The diplomatic list published in the UK, that smoking gun which Mr. Stephens is waving, does not include Administrative and Technical staffs. Such lists are protocol tools, and are not all-inclusive of the members of diplomatic establishments with criminal immunity. Nor do they include personnel who receive immunity via special bi-lateral agreements.

This publicly available source of information explains how international law on diplomatic immunity applies to technical and administrative staff of foreign missions in the U.S., which would be the same way it applies in the UK.


See this handy booklet which is provided to local police by the U.S. State Department to help them sort out who gets what immunity. It has an even handier chart on page 48.

Here's a hint to Radd Seiger: while you're asking the FCO for all those e-mails and memos, you might also ask whether they provide similar guidance or training to the Northamptonshire Police.