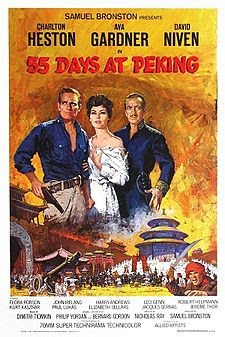 The RAND Corporation published an interesting little report last week that has quite a bit of relevance to the physical security of U.S. diplomatic missions. Read it here: Seizures of Western Diplomatic Facilities, Historical Timelines, 1979–2019.
It addresses these research questions:

What were the durations of attacks on Western diplomatic facilities since 1979, and how much advance warning was there of each attack? And,

What implications do historical timelines of duration and advance warning of attacks on diplomatic facilities have for efforts to respond to such attacks?

The report found there have been "33 successful seizures of Western diplomatic facilities since 1979 ... The majority of attacks culminated in two hours or less, and over 90 percent culminated in six hours or less ... the median attack duration was four hours, and the average was 4.8 hours."
Mind you, those incidents were not only at U.S. diplomatic missions. My general sense of the history of these things is that you'd see a longer average duration if only U.S. missions were considered.
RAND supposes that "the lengthening of this [attack] duration could offer wider windows of opportunity to intervene," such as, intervention by U.S. military forces. Hum. Does that sound likely?
RAND is the Defense Department's think tank, so far be it from me to question whatever they say about the chances of U.S. military intervention to an attack underway at a U.S. diplomatic mission. But, I can legitimately point out that the last time there was such an intervention was in 1900 during the Boxer Rebellion in China. Can you think of another? I can't.
There was an attempted intervention in Iran in 1979 - operation Eagle Claw - but it failed. There has not been another one since, and for what should be an obvious reason. The U.S. military is not a police force, and a U.S. embassy cannot just call 911 and expect an immediate response from the SWAT team.
The closest thing to a military SWAT team is the Crisis Response Force (formerly known as the Commander's In-Extremis Force) and those, as we learned form the Benghazi Accountability Review Board report, are prepared to respond to a crisis within six hours. On the night of the Benghazi attack, the closest In-Extremis Force was training in Zagreb, Croatia, and the attack was long over before they could have arrived.
The realities of time and space make it completely unrealistic to expect a timely intervention from the U.S. military to an attack underway at any of the 270+ U.S. diplomatic missions around the world. The Select Committee on Benghazi heard testimony from both the Secretary of Defense and the Chairman of the Joint Chiefs of Staff to that effect. Does anyone doubt it? If so, then I think you read too much Tom Clancy and play too many video games.
All that said, please do read about The China Relief Expedition Joint Coalition Warfare in China Summer 1900, which is even better than the Charlton Heston movie version.
Posted by TSB at 10:14 AM
Labels: benghazi, Diplomatic Security, Fortress Embassy, Select Committee on Benghazi

TSB: I just watched Joe Biden tell a mom and her scared 2nd grade locked down daughter that vaccines weren't needed for her age group because they rarely got or spread the virus and then this: DOING IT FOR THE KIDS Pfizer to test Covid vaccine on children aged five to 11, boss reveals.
I hope mom doesn't let her daughter read the above or figure out how long sleepy Joe has been lying to voters. gwb
I love it how Gov. Cuomo is calling for an outside investigation re: his latest staff accuser. Sounds like he might be trying to avoid a class action law suit?

TSB: Is This Why "New COVID Cases" Are Crashing?: Since Jan. 14, 2021 Covid case numbers have been crashing worldwide. That is the date WHO issued new guidelines for PCR testing cycles to go from 45 to 35 cycles. Before that many people with no symptoms and no contacts were testing positive for covid they didn't have. (Papayas were testing positive and "Lockdown Joe' was recommending 3 masks.)
So it turns out the same politically inspired experts who have been lying to us from day one finally figured out the answer to the problem they created in the first place. Silencing anyone who disagreed with them helped a lot. gwb
https://www.zerohedge.com/covid-19/why-new-covid-cases-are-crashing

TSB: Tulsi Gabbard has already created a powerful opening for a "Peace Candidate" in 2022 by pointing out that Biden and Trump have fully backed the illegal proxy war in Syria that attempts to: ... using al-Qaeda/al-Nusra/HTS terrorists as our proxy ground force, who now occupy and control the city of Idlib, imposing Sharia Law and “cleansing” the area of most Christians and religious minorities. I don't know who that candidate might possibly be at this point but Tulsi is certainly making the best case to stop US Genocide by proxy in Syria and Yemen as well as big tech censorship.
She could start by supporting the one Governor (De Santis) who is leading on these issues and making it clear that she will NOT be pursuing elective office nationally or in Hawaii but maybe meeting with DeSantis and Putin. That would be fun to see! (Tulsi fighting for soldiers instead of fighting death threats, NATO and self-serving politicians.) gwb

TSB: State Dept. official who fled UK after fatal crash is US spy, attorney admits: Does this matter?? https://youtu.be/36C3gmE3fWY

Anon: No, it doesn't. BTW, she did not "flee;" she was not charged or in any way prevented from departing the UK, and the UK authorities were notified in advance of her departure.

As to her status, according to the UK FCO and the High Court, the USG had notified the FCO that she was arriving as the family member of someone on the embassy's admin and technical staff, which the FCO accepted, and which is a status that conveys immunity to the criminal jurisdiction of the UK. That is not in dispute by any UK or U.S. official.

The business of her being employed by the State Department - which BTW is not an intelligence agency - after arrival in the UK is irrelevant. She was both an A&T staff family member and had a job. Embassy family members frequently do take employment either with the embassy or in the private sector. That does not negate their diplomatic immunity.

Tabloids and the family's spokesman / Svengali confuse the kind of immunity that she had, which derived from her husband's employment by the U.S. embassy, with the completely different matter of immunity given to American Air Force service members who work at RAF Croughton through a special bilateral agreement. The wife acquired immunity through a completely different route, one established by the Vienna Convention on Diplomatic Relations.

The confusion arises because the Embassy maintains an office annex at Croughton. However, the embassy employees there do not acquire their immunity from the bilateral agreement that pertains to everyone else at Croughton.

The FCO has explicitly refuted the contention that the driver fell under the Croughton bilateral agreement.

A lot of these Democrats are calling for a resignation quickly to avoid a real investigation. They more than likely already have a replacement in mind. A quick removal and replacement would allow them to continue with little uncomfortable scrutiny and they can say they did something about the problem.
Sennacherib

Sennacherib: The Cuomo Crime Family? With younger brother Fredo? To continue the Cosa Nostra theme, with all these old allegations against Cuomo coming out only now, it looks like the Commission must have approved a hit on a made man.

Still, like Don Corleone, he might well survive this hit. Chief Executives can brazen it out with no problem - see, for instance, the Governor of Virginia - so long as they aren't impeached and removed by the legislature. If that happens, Cuomo is Sonny-Corleone-at-the-tool-booth dead.

Yes, I agree. This is other Democrats going after him, especially making sure there's no momentum to a presidential run.
Sennacherib

Thee March 1 comment above from gwb (Tulsi Gabbard has already created a powerful opening for a "Peace Candidate" in 2022) was the last one I've gotten from him, a near-daily commenter.

While I hope for the best, I fear for the worse. W. Dan Davenport, MD (otherwise know as gwb), is missing in action.