Chutzpah Has a New Definition 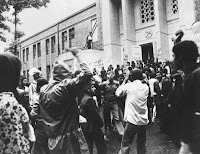 It means unmitigated effrontery or impudence, and is commonly illustrated by the example of a man who kills his parents and then pleads for mercy on grounds of being an orphan. Iran has now given us an even better illustration of chutzpah with its series of stories on the release of the Irbil 5, the Iranian pseudo-diplomats who were detained by U.S. forces after a raid on the Iranian liaison office in the Kurdish city of Irbil. 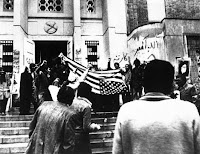 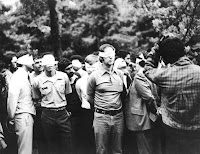 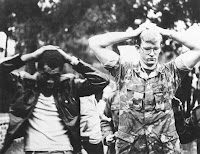 From the Fars News Agency, here are some examples of what is either world-class chutzpah or unconscious irony:

Iran to Sue US for Consulate Raid:

TEHRAN (FNA)- An Iranian top legislator on Tuesday underlined Iran's resolve to file a complaint against the US for its attack on the Iranian consulate in the northern Iraqi city of Arbil and abduction of several Iranian diplomats in January 2007.

[Member of the Parliament's Legal and Judicial Commission Salman] Zaker reiterated that such acts (attacking diplomatic missions) have revealed to the world that [the] West's principles and words on human rights are widely different from their actions.

Iranian Diplomat Blasts US for Violation of Int'l Treaties:

TEHRAN (FNA)- One of the freed Iranian diplomats who was in US custody for more than two years in Iraq lashed out at Washington for violating the
international treaties by abducting other countries' diplomats.

"The US forces violated all the international pacts by kidnapping us and they should account for their actions and the overt and open abduction of us," Mahmoud Farhadi who is also the commercial advisor to the governor of western province of Kermanshah told FNA at the airport Sunday night. 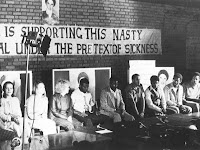 TEHRAN (FNA)- The US raid on Iran's consulate in the northern Iraqi city of Arbil was completely illegal, said one of the five Iranian diplomats recently released from the US military jails in Iraq after over 30 months of detention. 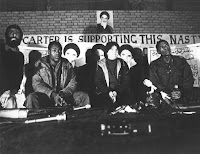 I certainly hope Iran gets legal redress for that invasion of the sanctity of its diplomatic mission. This business of invading embassies and abducting diplomats needs to be nipped in the bud, or else the Vienna Conventions won't be worth the paper they're printed on and no nation's diplomats will be protected.

The above photos and many more are available via the Memory Hole.

Posted by TSB at 6:56 AM
Labels: Department of State, Iran, Vienna Convention