New MI6 Chief No Longer a Friend of Facebook 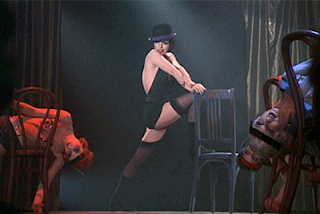 
The British diplomat who has just been appointed the new head of Britain's Secret Intelligence Service - keep his name on the down-low, it's supposed to be a secret - turns out to have a wife who is an active social networker. Very active.

The new head of MI6 has been left exposed by a major personal security breach after his wife published intimate photographs and family details on the Facebook website.

Sir John Sawers is due to take over as chief of the Secret Intelligence Service in November, putting him in charge of all Britain's spying operations abroad.

But his wife's entries on the social networking site have exposed potentially compromising details about where they live and work, who their friends are and where they spend their holidays.

Sir John Sawers, currently Britain's Ambassador to the United Nations, where he sits on the highly sensitive Security Council, began his working life in MI6 but has spent the past 20 years building a career as a diplomat rather than a spy.

Senior politicians said the security lapse raised serious doubts about Sir John's suitability to head the intelligence service - and raised questions over whether an outsider should have been appointed to such a sensitive role.

All the Facebook posts were removed immediately after the press disclosed them. But of course you can never really remove what's once been on the internet.

Beyond the security breech about Sawers's personal life, and the TMI factor in some of his wife's Facebook posts - and here I'm thinking of the photos of her re-creating a Sally Bowles dance routine from Cabaret - there is also the matter that Sawers's bother-in-law is an associate of the Holocaust-denying historian David Irving. That relationship probably constitutes a far more grave offense in Britain than any mere security indiscretion could.
Posted by TSB at 6:43 PM
Labels: Facebook, MI6, United Kingdom