The Beltway Sniper is Executed 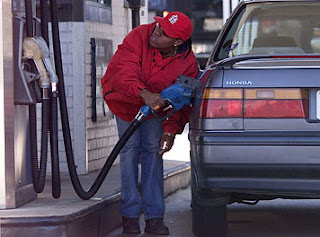 John Allen Muhammad, who was sentenced to death six years ago this month for the murder of Dean Harold Meyers on Oct. 9, 2002, at a gas station outside of Manassas, Virginia, was executed a few minutes ago. The murder of Myers was one of ten that Muhammad and his teenage accomplice committed during a three-week spree of sniper shootings in the Washington area.

Local residents recalled the horror of the sniper attacks for the Washington Post today. I remember the constant sense of dread that seemed to pervade everything. The omnipresent television coverage was bad enough, but you were also reminded of the threat as you went about your daily routine. For example, I drove past the Home Depot at Seven Corners in Fairfax County - the scene of one of the sniper's 15 attacks, and a place where my wife and I often shopped - every day on my commute to and from work.

Strictly speaking, it was irrational to be fearful during those weeks, given the enormous odds against becoming the next victim. But still, most people couldn't help it. People actually crouched down or stayed inside their cars while filing up at gas stations, despite the complete pointlessness of doing that against the threat of a .223 caliber rifle round.

The sense of fear escalated when a 13-year old boy was shot one morning as he arrived at school in Maryland. Some school districts closed after that, and most canceled their after-school events for the duration.

Some people did not give in to fear, I'm proud to say. My wife works at an elementary school in Fairfax County, and the staff there normally take turns standing outside for 45 minutes or so each morning to meet the school buses and oversee the arrival of the students. When her co-workers were reluctant to stay outside and exposed for so long, my wife volunteered to do the morning bus duty. She wore my ballistic vest under her coat while she met the arriving students and parents, and by her presence helped everybody at her school keep it under control during those panicky days.

I've always admired her poise and steadiness, but never more so than at that time.
Posted by TSB at 4:48 PM
Labels: Beltway Sniper, John Allen Muhammad

A bureaucrat with a ballistic vest? Where have you served?

Your wife is a brave woman.

It's an old vest, left over from the days when I carried guns and ammo instead of laptops and thumb drives.

Happy Veteran's Day back to you, from both my wife (a veteran herself) and me.