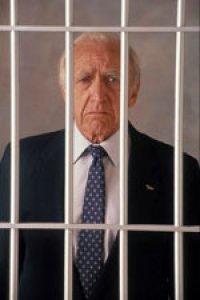 The Justice Department announced sentencing today for the last State Department contractor to be convicted in a fraud and coverup case that involved two staff employees and two contractors of the Bureau of Overseas Buildings Operations' Security Management Division. The four conspired to charge the government for nutritional supplements that were sold by the two staff employees and purchased by low-level employees of the two contractors in a pyramid scheme gone wrong.


Marvin Hulsey, 52, of Stafford, was sentenced today to one year and one day in prison, and two years of supervised release for conspiracy to commit wire fraud.

According to court documents, Hulsey, who was employed as a program manager for a government contractor, admitted to conspiring with Tony Chandler, 69, of Severn, Maryland, an employee of the State Department, to submit false invoices to the State Department in order to conceal unallowable costs for nutritional supplements purchased by employees under Hulsey’s supervision ... Chandler, as an authorized distributor of the nutritional supplements for a multi-level marketing company, earned commissions in excess of $25,000 from the purchases made by Hulsey’s employees.

In a related case, Curtis L. Wrenn, Jr., 60, of Triangle, pleaded guilty to making a false statement to the State Department by concealing that an internal investigation conducted by the contractor discovered credible information of fraud involving Chandler and Hulsey.

Hulsey pleaded guilty on July 24, 2015. In court documents filed on Oct. 5, 2015, Hulsey admitted that he engaged in a second fraud scheme in which he submitted false and inflated claims to the State Department related to a business owned by his wife. This second fraud scheme caused an additional loss of approximately $140,000.


At ages 52, 60, and 69, they will be the Grand Old Men of whatever prison they enter, according to U.S. Bureau of Prisons statistics on the age ranges of federal prisoners. It saddens me to think of such geezers mature gentlemen going to prison. Well, the 52-year old isn't really all that old. And the 60-year old only got probation. But as for the 69-year old, well, even the most minimum security prison isn't a place anyone wants to spend his golden years.

The fourth person convicted in the case, a long-time OBO employee who is older than the others, pleaded guilty to conflict of interest charges back in April but what sentence he received, if any yet, is unknown to me.

TSB: Evidently Jeb Bush was victimized by these fraudsters because yesterday he appeared in New Hampshire to announce to a roomful of supporters that: "America is on the edge of greatness. Because that is who we are DAMN IT! That's ALWAYS been who we are! And we need to make it happen NOW! He wrote a new book on home repair over the weekend (Jeb! We Can Fix It.) and announced a new energy plan. gwb

He's polling around 4%, so it looks like it just isn't his year.

TSB: Nope, looks like a bad year for those 20,000 British tourists stuck in Sharm el Sheikh too. I'm wondering if Al Sissi can figure this out before it happens again? gwb

TSB: This is quite the alarming development:
The U.S. and its regional allies agreed to increase shipments of weapons and other supplies to help moderate Syrian rebels hold their ground and challenge the intervention of Russia and Iran on behalf of Syrian President Bashar al-Assad, U.S. officials and their counterparts in the region said.

In addition to the arms the U.S. has agreed to provide, Saudi and Turkish officials have renewed talks with their American counterparts about allowing limited supplies of shoulder-fire man-portable air-defense systems, or Manpads, to select rebels. Those weapons could help target regime aircraft, in particular those responsible for dropping barrel bombs, and could also help keep Russian air power at bay, the officials said.

(So now we have the CIA supplying manpads to those carefully vetted 'rebels' who want to overthrow Assad? If you saw even a few minutes of Wed's TSA hearing you realize that TSA has become a bureacratic nightmare that can't stop anything or anyone.) gwb

And as usual George Washington summarizes it beautifully: Al Qaeda Leaders Agree with Clinton, McCain and Petraeus: U.S. Should Impose a No Fly Zone Over Syria

Add the Turks to that list, along with European states getting tired of refugees. Everybody but me, it seems.

Hey James! He double posted that one!! Wow! gwb

TSB: Trying to watch the the 2nd half of the Rachel Maddow liberal media lovefest about how they are going to build upon the 'great recovery'I was struck by today's news: Great for part-time low wage geezers like me but...'Sum Ting Wong'?? gwb

Putin Associate Found Dead in DC Hotel
TSB: The creator of RT, my favorite propaganda site is dead! Maybe the USG was closing in on his fortune? Or maybe he got a phone call from the Russian Mafia? gwb

This will never hit the news in the US but it won't help any of the presidential candidates except Trump to see what wusses all the presidents and politicians are when it comes to standing up to anyone or interrupting Op Giant Sandtrap. gwb

TSB,
Well they deserve it, but it's a case of pop the little guys while the big hats get away with murder.

GWB: The great labor market for old geezers is a very under-appreciated aspect of our new high-cost-of-entry employment economy. Retired people with flexible hours and no need for employer-based medical insurance are in very high demand, while entry-level types who fall under Obamacare mandates are too expensive to hire in return for the lesser value they bring. It's tragic that I'll be a great candidate for employment after I retire, while my kids will struggle to ever have a job with benefits and a defined contribution pension plan.

James: They did deserve it. But then, so do some others who don't quite get punished. Different spanks for different ranks, as we used to observe in the Army.