The Most Effective Aviation Security Measure is Boring 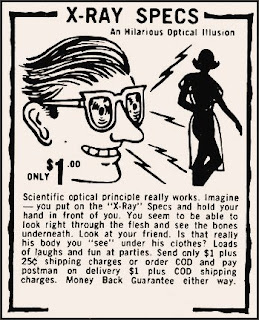 
From a Cato Institute post re: bodyscanning Captain Underpants:

If you’ll forgive a bit of frank cynicism, I predict we’ll end up debating body imagers because they’re big, flashy, sexy tech with lots of cool scifi visuals for the weekly newsmags and cable news shows to use. The anchors get to say “naked” a lot, and air travelers get to feel like they’re being protected by cyborgs from the future. Meanwhile, measures that actually enhance security, like reinforced cockpit doors, tend to be rather more boring and invisible to the average person.

Why is that? Can't TV news producers make forced-entry attacks on airliner flight decks as visually interesting as millimeter microwave imaging devices? Can't they find anyone in their vast stables of talking heads who wants to debate the finer points of American Society for Testing and Materials criteria? (OK, probably not.)

Some of the reason might be the disparity in financial interest. Cockpit doors were a $40 million one-time cost (and the most cost-beneficial aviation security measure ever, according to this paper), whereas the TSA's favorite body scanner goes for $160K apiece and there are tens of thousands of potential sales at stake. But I suspect the bigger reason is that physical barriers are such a blue collar thing that news media producers fear they can't report on the topic without coming into contact with people who use tools for a living and get grease under their fingernails.

On the other hand, there is no end of techy types and civil libertarians who want to talk about body scanners, plus they get to imagine people with their clothes off.
Posted by TSB at 12:18 PM
Labels: body scanners, Cato Institute, Julian Sanchez