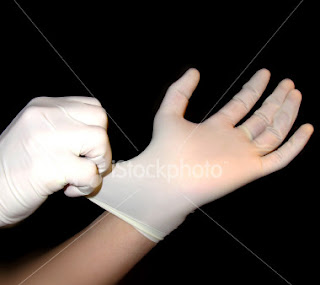 Security for international travel is being ramped up this week. Just yesterday, Senator John Kerry was denied a visa to visit Iran, and a suspicious traveler bearing a passport that identified her as "Joan Rosenberg AKA Joan Rivers" was detected and turned away by an alert airline gate agent in Costa Rica.

Of more importance to me personally was the decision by TSA to require enhanced screening for U.S.-bound travelers coming from 14 particular countries:

The Transportation Security Administration announced Sunday that it will begin enhanced screening procedures Monday on any U.S.-bound air passenger traveling through "state sponsors of terrorism or other countries of interest" such as Pakistan, Yemen and Nigeria.

The TSA said in a statement announcing the new measures that "effective aviation security must begin beyond our borders."

A senior government official, not authorized to speak on the record, provided CNN with the full list of 14 countries that fall under the TSA's "countries of interest" label -- which will automatically trigger the enhanced screening.

I've been to eight of the 14 countries of interest, and have every prospect of going back to some of them in 2010, so before long I'll be body-scanned and given an "enhanced pat-down" (which means a pat-down that touches "sensitive" areas of the body) on my return travel. That will be an unpleasant experience, but I wouldn't mind it if I thought it would make air travel more secure. But will it really?

Supposedly, body scanners and enhanced pat-downs will "better enable [TSA] officers to identify and detect hidden items in the most sensitive areas of the body," such as Abdulmutallab's weaponized BVDs (photo here). The problem is that any search intrusive enough to discover objects hidden in the most sensitive areas of the body is too intrusive to be acceptable to the traveling public, especially the litigious American traveling public. And any search not intrusive enough to discover something in or near a body cavity would not have discovered the kind of explosive devices that Abdulmutallab and others have attempted to use. The problem has a name: "the tampon paradox."

TSA tried enhanced pat-downs for secondary inspections after 9/11, and the resulting tsunami of protests and law suits forced them to go back to regular pat-downs, which do not involve the breast and groin areas. I predict the same thing will happen again when body scanners are put into general use at U.S. airports, only even faster.

A failure of enhanced screening could end up being a good thing. There has been a pattern to aviation security measures that looks like a dialectic process: every spectacular terrorist incident has been followed by an immediate and ill-considered overreaction by TSA or its predecessor agencies; that overreaction sooner or later became unsustainable and collapsed; finally, a consensus formed around a reduced, but greater than original, level of traveler inconvenience.

At least one time, that pattern resulted in a really good idea. After the bombing of Pan Am 103 in 1988, a great deal of money and effort went into an effort to develop a 100% effective technology for detecting explosives in checked luggage. Eventually, the big brains admitted that there was no 100% effective technical means to do that, however, it also occurred to them that there didn't really have to be one. A better approach was to determine the smallest amount of explosives that could reliably be detected with existing technology (x-grams of plastic explosive, for example), acknowledge the fact that amounts up to x-grams might be inside screened luggage, and then put screened luggage inside cargo containers that had been harden to resist the effects of explosive devices up to x-grams. This is called the design basis threat approach to risk management, and the Federal Aviation Administration employed it in the 1990s to develop blast-hardened cargo containers as a reasonable solution to the exploding luggage problem.

With any luck, eventually we'll see that pattern repeated in response to the threat of person-borne improvised explosive devices inside commercial aircraft. TSA ought to admit to itself that such devices, whether carried externally or internally, are not detectable with 100% reliability. Then it should pick a charge weight that represents its best guess at the largest amount of explosive which could get through the most intrusive traveler search that we are actually willing to perform (x-grams). And then harden any vulnerable points on the aircraft that could readily be accessed by a passenger and where x-grams of explosive would be enough to do catastrophic damage.
That approach would reduce the problem to an engineering matter, at which point realistic solutions might be achievable. Perhaps airline cabins would have to be redesigned to eliminate some seats (like the one where Abdulmutallab was seated) that are too close to the fuel tanks or wings, or to place protective panels over the cabin walls and windows so as to get a critical few inches of stand-off distance between the skin of the airframe and the postulated explosive threat. Even if vulnerable points couldn't be eliminated entirely, they could be reduced to a level that is the optimum trade-off between blast resistance and airline economics.

No security solution will be perfect, but I would call that one an improvement over the situation we have now, where millions of passengers will be patted-down enough to annoy them but not enough to eliminate the threat.
Posted by TSB at 9:34 AM
Labels: aviation security, Design Basis Threat, Enhanced Pat-Downs, Transportation Security Administration, TSA