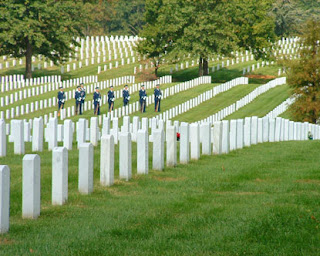 A Washington tour bus operator tells all in an essay in the City Paper. Some highlights:

I once encountered a woman who, accompanied by her veteran father, screamed at me that there was no place for her to park at the World War II Memorial. I wasn’t unsympathetic. But I did wish she understood that just because I was wearing a nametag and a polyester necktie didn’t mean I was an authority figure.

I would try to explain that of course I understood that your dad once parked the Country Squire right on the Ellipse and that no one stopped you from strolling into the Capitol to eat navy bean soup with Everett Dirksen. But, you see, people have lately been blowing up buildings. Some perspective is in order.

My riders from beyond the Beltway regularly expressed amazement at the joggers around the Mall. A woman once asked me, in all seriousness, “What are they running from?”

[R]eally, you don’t need to explain to me why you’re skipping the Franklin Delano Roosevelt Memorial: You’re saving your energy for the trip to Hooters. I get it.

[M]any people are under the impression that, like the pyramids, the presidential memorials are elaborate grave markers for our elected pharaohs.

And I can’t tell you how many times I was asked for directions to the Arlington Cemetery grave of Private James Ryan.

My company was particularly concerned with not giving offense. During training, I was instructed not to mention stripper Fanne Foxe’s late-night Tidal Basin dip.


That last one surprises me. Who would be offended by - or even remember anymore - how "the most powerful man in Washington" was brought down by an Argentinian stripper's midnight swim? Plus, it was the most entertaining Washington scandal ever. Whenever I play tour guide to visiting relatives I always point out that spot.

Good Post TSB! Fannie surely did cap her career with an historical incident! I can't believe it isn't marked for the tourists. Bus drivers are having to play the role of cops out here more and more
because the real cops blew their budget on bank protestors. gwb

TSB: Did the head of the SS have anything to say to the inquiry besides "We are looking into it", "of course we have always tried to cover up these indiscretions" or "I was SHOCKED!, SHOCKED!". ?

Good for that guy! I'd award him a baseball bat to keep in his bus from now on.

Yeah! The funny thing was that while they arrested the guy, the woman disappeared. They think the two were arguing over something on her phone.. like, the other guy! gwb