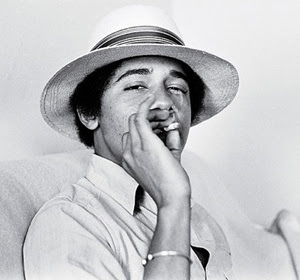 Washington DC's newest advocacy group has come out in support of President Obama's reelection, but the WaPo reports there are doubts about the group's grassroots bona fides.

When the U.S. Medical Marijuana Chamber of Commerce this week endorsed President Obama for reelection, folks in the media were surprised that an industry that hadn’t been too thrilled with the administration was rallying behind it.

Even more surprised by the development? Mainstream marijuana activists, many of whom have never heard of the organization or its founder, Tom Leto. The major lobbying and advocacy groups have so far held off on endorsing a presidential candidate — they say Obama hasn’t lived up to a vow to back off raids.

Leto, a California-based promoter of hydroponic equipment, explained the gen­esis of the company, a story that only adds a bit of mystery: He was working with the New York PR firm Todd Shapiro Associates to help market his hydroponics business when the concept snowballed into a nationwide organization advocating federal legalization of medical marijuana.

The U.S. Medical Marijuana Chamber of Commerce evidently consists of just Tom Leto plus a website that features a marvelously incoherent statement of endorsement for Obama. Check out the stoner syntax of this sentence:

“Recent research has shown that Obama’s Medical Marijuana usage is a big reason in which he understands the value of Federally allowing this industry to exist.”

Here's a good rule for all weed legalization lobbyists: don't toke up until after you're done drafting policy papers, because otherwise you might come across like a self-parody of a doper wasteoid. 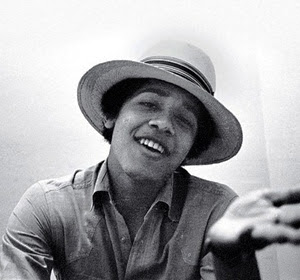 Leto's legislative proposal, which has the heading "HR TK420" - oh, 420, I get it! - would make the USMMCOC the sole authority to tax, regulate and control the newly legalized marijuana industry. That would be a sweet deal if he could get it, but I think there are some heavily armed Mexicans and others who might take issue with that monopoly.

The WaPo story suggests that stoners may tend to be a bit paranoid. Maybe so. Or maybe you're freaking out, man.

I cannot confirm or deny that I once listened to Cheech and Chong.

While it's true TSB that age takes a toll on memory (yes I go into a room and forget why I did), I haven't lost weeks or months like in the 60's and 70's. Hold on,
Who is it?
Damnit, no Dave's not here.

Look TSB! It's your big brother! Sure, he's got all your personal info but don't worry; It's safe with him. gwb