U.S. Ambassador to Mexico Another Wiki-Casualty? 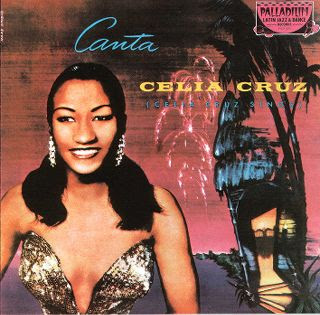 Mexico's President Calderon was in Washington yesterday for a one-day visit. The WaPo reports that he pronounced himself highly offended by our embassy's frank assessments of his government's continued shortcomings in its muddled, but nevertheless laudatory, war against the drug cartels, and he threatens to take out his resentments on the U.S. Ambassador to Mexico.

Mexican President Felipe Calderon said Thursday that the release of State Department cables criticizing Mexico's anti-drug fight had caused "severe damage" to its relationship with the United States and suggested that tensions had risen so dramatically that he could no longer work with the American ambassador in his country.

Calderon's comments were the strongest to date on the secret cables distributed by WikiLeaks, which have threatened to disrupt what both sides have hailed as increasingly close cooperation against Mexico's violent drug gangs.

The Mexican president, at the start of a one-day visit to Washington, suggested that the release of the cables had caused turmoil on his national security team. He took aim at one U.S. cable that said that Mexican military officials had "risk-averse habits."

"It's difficult if suddenly you are seeing the courage of the army [questioned]. For instance, they have lost probably 300 soldiers ... and suddenly somebody in the American embassy, they [say] the Mexican soldiers aren't brave enough," Calderon told Washington Post reporters and editors.

"Or you decide to play the game that they are not coordinated enough, and suddenly start to bring information to one agency and not to the other and try to get them to compete."

Calderon's remark appeared to be a reference to a cable signed by Ambassador Carlos Pascual that described how the Mexican navy captured a major trafficker after U.S. officials gave them information that the Mexican army had not acted upon.

"We have an expression in Mexico, which says, 'Don't help me, compadre,'" Calderon said sarcastically, using the Spanish word for a close friend.

Asked whether he could continue to work with the U.S. ambassador, the Mexican leader said, "That is a question that maybe I will talk [about] with President Obama." The two leaders were scheduled to meet at midday.

Pressed on whether he had lost confidence in Pascual, Calderon paused and then said, "It's difficult to build and it's easy to lose."

If Pascual was recalled, he would be the most prominent U.S. casualty of the WikiLeaks scandal. Only one American ambassador has had to leave the country where he was based because of the cables - Ambassador Gene Cretz, who took an extended break from Libya before the anti-government demonstrations erupted there.

Calderon had already aired his resentments more extensively in an interview with El Universal, the Mexico City daily paper:

As officials from both countries vow to jointly avenge the murder of a U.S. federal agent, Mexican President Felipe Calderon has accused senior American diplomats of damaging the cross-border relationship with criticism of Mexico's public security forces.

In a wide-ranging interview published Tuesday in El Universal, one of Mexico City's leading newspapers, Calderon charged that U.S. Ambassador Carlos Pascual's "ignorance has translated into a distortion of what is happening in Mexico" that has caused "an impact and an irritation in our own team."

Calderon was reacting to a barrage of analytic cables - some signed by Pascual, others by senior embassy officials - that discuss the perceived shortcomings of Mexico's intelligence services, the conduct of its army in Calderon's anti-crime campaign and the inability of its security forces to work well with one another.

The U.S. Embassy offered no immediate reaction to the interview.

The cables, some classified secret, have been published by the website WikiLeaks, with still more appearing this week. Until Tuesday, Mexican officials have responded to the cables with shrugs and condemnations of WikiLeaks rather than the diplomats.

"They have done a lot of damage with the stories they tell and that, in truth, they distort," Calderon said of the cables in the interview.

By the way, I notice that President Calderon offered a derogatory assessment of his own in that interview. He used an idiomatic expression to compare U.S. government agencies to the comically confused characters in a Cuban popular song:

“They themselves are like ‘Borondongo’…, Barnabas hit the CIA and the DEA or ICE, really not coordinated, even compete with each other …”.

"Borondongo" is a catchy tune, one that was covered by Celia Cruz, in which a character named Fuchilanga casts a voodoo spell on a village idiot named Burundanga, causing his feet to swell, after which a friend of Burundanga named Bernabé (Baranabas) hits Fuchilanga, and Borondongo, a friend of Fuchilanga, hits Bernabé, and so on. The word is a slang term for a hopelessly confused mess.

That might be a pretty fair analogy to the usual state of interagency cooperation, frankly, but it is still an insult and we are as entitled to be offended by it as Calderon is by our embassy's reporting cables. More entitled, since our cables are carefully substantiated by actual facts.

Speaking of which, if you are feeling bold enough to view those WikiLeaks cables that caused all this ruckus, I've placed a link to them below the warning.

NOT SAFE FOR WORK!

View them [link redacted, due to somewhat exaggerated official concern], if you dare, but only on a personal computer, and then immediately forget what you saw.
Posted by TSB at 8:00 AM
Labels: Ambassador Carlos Pascual, Mexico, U.S. Embassy Mexico City, Wikileaks

Excellent analysis TSB! According to my Spanish/English dictonary
Borondongo = Liars Poker. My wife loved Celia Cruz. Thanks for the two great posts! GWB

TSB: Just getting to reading these cables. The first impression is that "Merida like" initiatives remind me of the last 40 years of efforts to improve education in the US. The results seem to show our efforts have been misguided.

The graph of that effort look just like the graph of the last 10 years of US infrastructure spending. We have gone from 3rd to 23rd in the world by that measure. Yesterday I created a post on the effect of drugs on our soldiers. I'm working on one about my experience with methamphetamine later today. More knowledge doesn't cure cancer and more intelligence doesn't stop drugs. Thanks TSB! lilGWB

The results of Merida-ish initiatives aren't much to brag about. I guess our assumption is that the situation would have been even worse without them.

Of course that's logically unfalsifiable, so we're on safe ground by saying that.

TSB: check this out!
http://news.yahoo.com/s/afp/20110308/ennew_afp/entertainmentmexicojusticecinema

Presumed Guilty: amazing documentary of an innocent man found guilty twice
of murder in 2005. Now Banned in Mejico!! This could cause riots!