Obama Didn't Finish "The Waste Land," But Has He Dabbled In Kierkegaard? 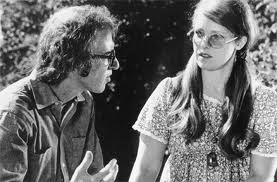 Vanity Fair is running part of David Maraniss' Obama biography (here), and it features letters Obama wrote to girlfriends when he was a 22-year old recent Columbia College graduate.

Maraniss's take: “Obama was the central character in his letters, in a self-conscious way.” And how.


In one letter [the girlfriend] told Obama that she was writing a paper in her modern-poetry class at Occidental about T. S. Eliot’s “The Waste Land.” His reply wove its way through literature, politics, and personal philosophy:

I haven’t read “The Waste Land” for a year, and I never did bother to check all the footnotes. But I will hazard these statements—Eliot contains the same ecstatic vision which runs from Münzer to Yeats. However, he retains a grounding in the social reality/order of his time. Facing what he perceives as a choice between ecstatic chaos and lifeless mechanistic order, he accedes to maintaining a separation of asexual purity and brutal sexual reality. And he wears a stoical face before this. Read his essay on Tradition and the Individual Talent, as well as Four Quartets, when he’s less concerned with depicting moribund Europe, to catch a sense of what I speak. Remember how I said there’s a certain kind of conservatism which I respect more than bourgeois liberalism—Eliot is of this type. Of course, the dichotomy he maintains is reactionary, but it’s due to a deep fatalism, not ignorance. (Counter him with Yeats or Pound, who, arising from the same milieu, opted to support Hitler and Mussolini.) And this fatalism is born out of the relation between fertility and death, which I touched on in my last letter—life feeds on itself. A fatalism I share with the western tradition at times. You seem surprised at Eliot’s irreconcilable ambivalence; don’t you share this ambivalence yourself, Alex?

OMG. Is this the sort of thing English professors have to wade through all the time? How do they stop their eyes from rolling long enough to finish grading papers?

I wonder why Obama didn't bother to read all the footnotes when he breezed through The Waste Land, with its obscure allusions, Sanskrit epigraphs, and such? The footnotes are actually part of the poem, after all. But never mind. At least the 22-year old Obama shared the fatalism of the [W]estern tradition "at times," and that's really deep.

I underlined my favorite the most annoying phrases in that letter, but, really, the whole thing is deliciously pretentious. It reads like a New York college bar pick-up scene in a Woody Allen movie, minus the humor and irony.

(The Girlfriend) "I have my Yoga class tomorrow."
(Allen) "Yoga? I love Yoga."
(Girlfriend) "Do you really? Yoga is one of my great passions."
(Allen) "I love Eastern philosophy. It's... it's metaphysical, and redundant. Abortively pedantic."
(Girlfriend) "I know what you mean. Have you read the I Ching?"
(Allen) "Not the actual Ching itself, but I have dabbled in Kierkegaard."
(Girlfriend) "Oh, well, of course, he's Danish."


Young Mr. Obama would have been better served by watching some Woody Allen movies with his girlfriend and cutting back on all the abortively pedantic letter-writing.
Posted by TSB at 7:43 PM

He was 22. I'm fairly sure I wrote ridiculous drivel at that age as well, all while being certain that it was fresh and deep and brilliant. Frankly, at age 47, I'm fairly sure that what I fired off at my e-friends just yesterday was juvenile and pointless as well! Thank God that alcohol produces the exact same effects as youth.. arrogance, confidence, and nonsensical blather.

TSB: I take it you too could never bring yourself to read anything written by Obama? Which makes me think, who was the last president to write a book worth having? My vote: Profiles in Courage. I'm reading Lord's book about getting J. Meredith into "Ole Miss" and never realized what a great job the Kennedy's did on that one. Best Atty Gen ever! gwb

TSB! Now we have the Army's version for the civilian internment camps: will they have a special section for bloggers?

Leaked U.S. Army Document Outlines Plan For Re -Education Camps In America!
(By the way I NOW OFFICIALLY LOVE THE TSA!..and apologize for any previous criticism of same)gwb

Political activists would be pacified to sympathize with the government
Paul Joseph Watson
Infowars.com
Thursday, May 3, 2012

A drunken Obama might be an improvement, but I'm pretty sure he never gets drunk. (Considering the alcoholism that runs on his father's side, that's a good thing.) Anyway, he doesn't seem to have aged out of pretentious juvenile drivel, and that is unbecoming for an elected official.

I can't read any ghosted political literature (which is 100% of it). For the last unselfconscious writing by a POTUS you probably have to go back to Calvin Coolidge. As for Obama, I notice that all of his literary output consists of books about himself. That tells you tons about him, but not in the way he intended.

TSB: This is an interesting development in the banking mess. And Di Fi even played a role in it! gwb
http://on.mktw.net/Jr35m9
Largest International Money Laundering Network in History Formed During Obama Administration; U.S. Banks' Theft of Home Owners' Money Laundered Through Cayman Islands, Isle of Man and Numerous Offshore-Based Affiliates

GWB: I'm trying to make sense of this lawsuit. I think the claim is that banks (maybe) own off-shore entities, which is not illegal, but somehow they or their off-shore entities are violating some section of the Patriot Act which is unspecified, so far as I can see, but I assume is about banking secrecy.

If true, it seems like that would be the Justice Department's business, more than a law firm's. And even if the Patriot Act was broken, I can't see how that victimized home owners.

Once again, I wish I had gone to law school.

Not me TSB. I would have flunked law school. Too much logic! Maybe we should throw this one to opino juris? gwb

I put in the request for Opinio Review. Next time you see Difi ask her what the deal is? gwb