British Footballer Playing for the Other Team 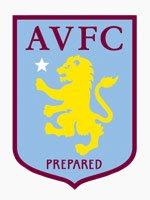 The British press is reporting on a rather poignant piece of evidence that native Britons, or at least British-raised persons, are fighting in Afghanistan for the Taliban: the discovery of a Taliban fighter's corpse with an Aston Villa Football Club tattoo:

"We've known for a long time that foreign fighters, many with thick Birmingham accents, have been recruited to fight against us for the Taliban.

"Some of the linguistics specialists have picked up West Midland and Manchester accents too.

"But it was a shock to hear that the guys we were fighting against supported the same football clubs as us, and maybe even grew up on the same streets as us.

A Government official, who wished to remain anonymous, added: "There will always be a number of people who are radicalised in this country and want to leave the UK.

"The details of Aston Villa fans in the Taliban does not shock or surprise me.

"We have never had any hard and fast evidence to tie all of these snippets of information together, but we are sure they equate to a wider ongoing radicalism in the UK."

There has been no official comment yet from the Aston Villa Football Club.
Posted by TSB at 5:53 PM
Labels: Afghanistan, Britain, Taliban