A Poet Finds His True Voice 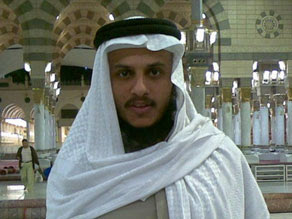 A Washington Times editorial today notes the extensive conflicts of interest that exist at the top levels of the U.S. Justice Department on the matter of Guantanamo detainees. The Attorney General himself and five of his top ten officials, among others, all have to recuse themselves from some detainee matters due to their previous work at a law firm that represented the detainees:

Executive Order 13493 on Jan. 22 appointed Attorney General Eric H. Holder Jr. co-chairman of the Special Task Force on Detainee Disposition, the interagency group charged with determining the status of persons captured or apprehended in connection with armed conflicts and counterterrorism operations. But according to Justice Department regulations, Mr. Holder is required to recuse himself from certain detainee matters because his law firm represented the detainees.

The Legal Times reported in March that there are more than a dozen such conflicted lawyers at the department. This includes five of the top 10 officials in the department, including the attorney general; Deputy Attorney General David W. Ogden; Associate Attorney General Thomas J. Perrelli; Assistant Attorney General for the Civil Division Tony West; and Lanny A. Breuer, chief of the Criminal Division, who, like Mr. Holder, hails from the firm Covington & Burling LLP.

And there was this nugget about one of Covington's former clients, now deceased:

Former Covington attorney Marc D. Falkoff represented Kuwait-born Abdullah Saleh al-Ajmi and included poetry written by the inmate in an anthology he co-edited in 2007: "Poems From Guantanamo: The Detainees Speak."

Mr. Falkoff described the poets as "gentle, thoughtful young men" whose verse was free of hatred. As Debra Burlingame reported in the Wall Street Journal, Abdullah was released in 2005 and next heard from in a martyrdom video posted on an al-Qaeda Web site celebrating his suicide truck bombing of an Iraqi Army compound in Mosul. This gentle poet killed 13 soldiers and wounded 42 others in the attack.

I hadn't seen the news about Al-Ajmi's extraliterary accomplishment before now. I thought the Gitmo detainee poems were sappy doggerel that sucked big time, but I have to say I'm impressed by Al-Ajmi's martyrdom statement. As reported by CNN:

A video posted on various jihadist Web sites shows a number of images of al-Ajmi, followed by text reading, "May God have mercy on you Abdullah al-Ajmi. I send you a warm greeting O you martyr, O you hero, O you, a man in a time where only few men are left."

He really found his poetic muse in mass murder. Probably because he was finally being honest, whereas the "Poems From Guantanamo" stuff was just a matter of telling sob stories to scam the gullible.
Posted by TSB at 9:05 AM
Labels: Abdullah Saleh al-Ajmi, Eric Holder, Gitmo Gang