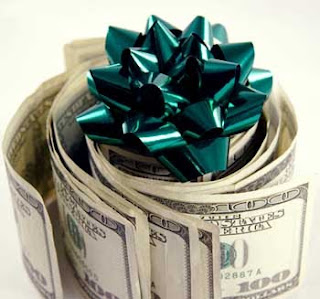 Ex·pe·di·ent \ik-ˈspē-dē-ənt\ adjective 1: suitable for achieving a particular end in a given circumstance; 2: characterized by concern with what is opportune; especially: governed by self-interest

On the same day he visited his boyhood home of Indonesia, President Obama nominated David Carden, a securities lawyer and top fundraiser from his presidential campaign, to be the United States' first ever resident ambassador to the Association of Southeast Asian Nations (ASEAN). But to Washington's Asia policy community, Carden is a complete unknown.

Carden, who chairs the securities litigation and SEC enforcement practice at the law firm Jones Day, partnered with his wife Rebecca Riley to raise at least $500,000 for Obama's campaign. The campaign didn't disclose exact fundraising figures for their biggest bundlers, but Carden and Riley were among Obama's top 35 fundraisers.

The choice of Carden, who has limited diplomatic or regional expertise, came as a surprise to many in the Asia community that he will now be working with on a daily basis.

"We don't know him," said Ernie Bower, director of the Southeast Asia program at the Center for Strategic and International Studies. "He doesn't have a lot of experience in Southeast Asia as far as I can tell. I still don't know the rationale for matching him up with this job."

"Given that it's a new position, the very fact that there are no rules for what the U.S. resident ambassador does, I would prefer to have someone with extensive diplomatic experience," said Michael Auslin, resident scholar at the American Enterprise Institute. "Someone with a diplomatic background is more preferable because you're not just dealing with one country you can bone up on, you're dealing with 10 countries" ...... "We already have ambassadors to all of these nations, now we are going to have someone on top of that structure. We just don't know how much of this has been thought out," Auslin said.

AFSA can now fill that vacant ASEAN slot on its Ambassador List.
Posted by TSB at 9:22 AM
Labels: AFSA, Department of State

Your post showed up in my RSS feeds beside an Onion Story "G-175 Nations Convene To Discuss How Things Can't Possibly Be Any Worse"
Url is here if this lets me embed URLs.
http://www.theonion.com/articles/g175-nations-convene-to-discuss-how-things-cant-po,2712/
Thanks for the opinions. I read carefully what you have to say.

Thanks! I think that a "motion to sit in hopeless resignation" is pretty much what happens at the G-20, as well.

But maybe if the G-175 bundled together what little money they have, they could get somebody's attention in the White House.