It's Not His Bag, Baby 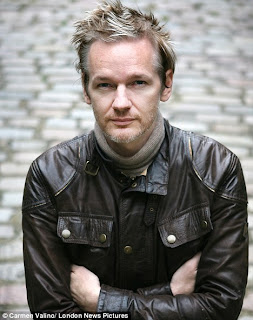 Julian Assange is looking very Austin Powers International Man of Mystery-ish in the photo that accompanied the UK Daily Mail's account of his Swedish legal problems. That's quite a Swinging 60s Carnaby Street kind of thing going on with that jacket.

Maybe emulating Powers was the cause of those problems, since Austin believed that "only sailors use condoms, baby."
Posted by TSB at 7:57 PM
Labels: Julian Assange, Wikileaks