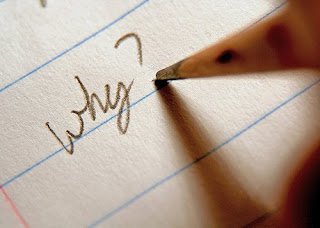 Raymond Ibrahim (bio here) has a post on his website that cites some of the worries voiced by Official Washington about the radicalization of domestic Muslims. Congress worries about that a lot.

Official Washington also worries about radicalization of Muslims outside the U.S., but, in the case of foreign Muslims, it thinks it has a solution to the problem - we can counter radicalization with all sorts of programs to 'promote liberty and democracy' abroad.

This leads Ibrahim to ask a really excellent question about Muslim radicalization, one that has implications for our whole overseas effort:

If American Muslims, who enjoy Western benefits — including democracy, liberty, prosperity, and freedom of expression — are still being radicalized, why then do we insist that the importation of those same Western benefits to the Muslim world will eliminate its even more indigenous or authentic form of "radicalization"?

After all, the mainstream position, the only one evoked by politicians, maintains that all American sacrifices in the Muslim world (Iraq, Afghanistan, etc.) will pay off once Muslims discover how wonderful Western ways are, and happily slough off their Islamist veneer, which, as the theory goes, is a product of — you guessed it — a lack of democracy, liberty, prosperity, and freedom of expression. Yet here are American Muslims, immersed in the bounties of the West — and still do they turn to violent jihad. Why think their counterparts, who are born and raised in the Muslim world, where Islam permeates every aspect of life, will respond differently?

TSB: Wouldn't it be cool if the Egyptian Army organized a relief mission to Bengazi led by M-1 tanks
and followed up by thousands of ordinary Egyptians, with food, medical supplies, doctors etc..

While the rest of the world stands by and watches?? I think Ghadafi would be gone to Caracas by Tuesday! And Egypt would be united!

That is a really interesting idea. Unlike the other countries in the region, Egypt actually has the military and economic force to be a regional intervention/stabilization force.

Assuming they have a consensus to be rid of Ghadafi (which I don't know) and are prepared to take on that regional cop role, it would be a whole better than waiting for some feckless UN peacekeepers.